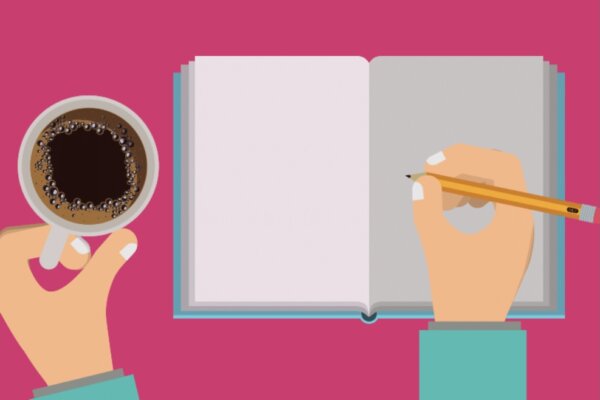 A Look Back On Our Very Own Literary Festival

This weekend the University of Liverpool hosted its very own literary festival. The festival showcased a myriad of creative talent from the wonderful world of literature. Sponsored by Student Roost and Bruntwood and in partnership with TLS and Blackwells, the university was thrilled to be back in person listening to an illuminating series of talks. There was something for everyone to engage with over the weekend. From great laughs with Andi Osho, talking us through the writing process (or as Andi would say writing challenge), to Caroline Smailes discussing the experience of watching her novel become a major screen production. Below is an overview of Andi Osho’s talk on her debut novel!

Friday 8th October: The Challenges and Rewards of writing… Asking for a Friend with Andi Osho

On Friday we welcomed Andi Osho onto the stage of her second literary festival, eager to hear all things writing. Andi Osho is a British stand-up comedian, actor, playwright, TV presenter and now writer of her debut novel, Asking for a Friend. Having written for broadcasters like Fox, BBC and Sky, writing was not of foreign nature to Andi. However, adjusting to the slower gentile pace of the literary industry proved difficult for Andi. This was due to becoming accustomed to the immediacy of the acting world.

Andi began writing in 2017 to becoming a published author earlier this year. Named a ‘chick-lick comedy’ novel, Osho’s story follows the lives of three girlfriends having no luck in their love lives. The trio end up resorting to their very own dating game. A very relatable plotline we feel! Longlisted for the Comedy Women in Print Prize this year, Andi leaves no woman behind in her feel-good book that will make you laugh out loud. Although, the creation of her novel was not simply plain sailing…

The Challenges of Writing Asking for a Friend

Challenge No. 1: “Becoming a writer”

So used to facilitating other people’s creativity in past careers, Andi had to quickly adjust to the spotlight being on her newly found literary craft. After feeling penned-in by the label of ‘stand-up comedy’, Andi dug deep and found a calling to write her very own book.

Challenge No. 2: “Getting a publisher”

As Osho states, she wasn’t seeking out being an author so this part was tricky. However, with the support of her agent, Andi attended meetings with a few publishers like Penguin and Harper Collins. It was Harper Collins who decided to bring her little literary baby to life. Step 2 check!

Challenge No. 3: “Writing the f@@king thing”

“I am now a writer, I have a publisher, I now have to get cracking with writing the f@@king book.”

Andi created a treatment and an outline and then began the long process of writing her novel. However, Andi had to overcome her perfectionist susceptibility to going over every single paragraph for hours until it was forensically flawless. Andi joked that, “There are just SO many words”. Yet she still found herself googling www.dictionary.com looking for synonyms for ‘said’. She says that “Thesaurus.com and Dictionary.com became my best friends”. Andi was consistently faced with the challenge of an overabundance of volume. However, the positive was she never struggled with reaching a word count! The issue was always cutting down her texts! So, deciding to leave the meticulous editing down to the publishing professionals, Andi soon started progressing through the chapters.

Challenge No. 4: “Working with an editor”

Comfortable with being a one-woman show as a stand-up comedian, one of her surprising challenges was working with her editor. Quickly learning that this relationship was critical in getting her book on the shelf, Andi had to give in to the literary wisdom of her publisher. She understood that it was in her best interest to let the experts do what they do. She was advised that she had essentially written a screenplay in novel form with too much dialogue. So “humbling” herself she and her editor worked as a team to ease the reader’s digestion of her words.

Challenge No. 5: “Learning to write the book as you are writing the book”

Andi soon came to the realisation that her excessive editing was a form of procrastination that hindered the writing progression she deserved. She learned that it takes a different part of your brain to create something and then to edit it. You cannot do the two processes simultaneously, reflecting that, “It was all a learning curve”.

Andi soon realised that writing a novel alongside your ‘day job’ is pretty much impossible. At the time, she was working eight shows a week on the West End and also working as a Channel4 presenter for ‘Supershoppers’. She noted that, “Writing a book takes a different type of headspace… It is all about getting things to work in tandem in terms of time and headspace”.

Challenge No. 7: “Navigating a new industry”

This part was a “steep” learning curve. The fast-paced nature of the acting world quickly slowed as Andi entered the literary sphere. From banking the new literary jargon in her mental dictionary to meeting supportive fellow authors, Andi had the pleasure of being welcomed into a whole new creative world and quickly had to learn how to understand and work within it.

Challenge No. 8: “Publication in lockdown”

Laughing, Andi, unfortunately, had no book launch, no book signing, and no advertisement for her brand new book. Having to think outside of the box of the usual book signings and talks, Andi wrote some articles for a magazine, hosted a podcast, and attended Zoom call interviews on TV and Sunday Brunch in the run-up to the launch of her book in early January. To her delight (and “surprise”) Andi was invited to talk on The Graham Norton Show which she believes gave her the break she could have only wished for. So, despite feeling as though she had missed out on the excitement of publishing her first book, Osho jokingly thanks the pandemic for her big break.

Challenge No. 9: “Figuring out follow-up”

After finally finishing the writing and publishing process, Osho thought she could relax. Nope! “I went into a hyper-drive panic of what I want/need to do now.” Andi recalls that when she told her friend that she was pitching ideas for a new book her response came as a screaming confused “WHY!!!???” after having supported her through the ups and downs of Asking for a Friend. Despite initially wanting to write a sequel to Asking for a Friend, Andi’s publishers told her to look into another world. This led her to pitch an idea about an aspiring comedian with no luck who falls in love with a guy who has two secret children. Approved! Sometimes you have to dig deep into the truths of your personal life to create the fiction that sells.

Challenge No. 10: “Understanding challenge and reward”

Looking back Andi says that with every reward came a challenge, and with every challenge came a massive reward. The first reward of landing a book deal came with the challenge of then writing it, and the challenge of lockdown was rewarded with being invited on The Graham Norton Show. This was soon followed by the challenge of how to follow up after her debut novel, with the reward of pitching a new book! Andi shares her wisdom in saying that, “Everyone wants to live a life without problems, but really everyone just wants sexier problems like ‘I’ve got to write a book!’ sort of problems. So here’s to us having sexier problems!”

Undoubtedly, Andi Osho is one of the most engaging, effusive people I have come across. Her talk was truly mesmerising and hilarious to listen to. The way in which Andi displayed gratitude for having had the privilege of her problems that at the time seemed insurmountable was inspirational. Despite the challenges she faced as a new author, Andi believes, “If you say you are, you are!”. It is in having this innate self-belief and confidence that crafts such a beautiful, successful book. I would like to say on behalf of the University of Liverpool a very warm and big thank you to Andi Osho for speaking to us and sharing the challenges and rewards of writing her first novel.