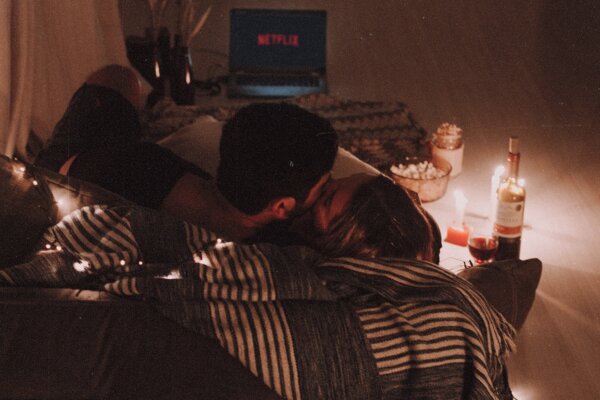 TV Shows To Cosy Up To This Autumn

The Great British Bake Off

Yeah, yeah, it’s not the same without Mary Berry. But come on, it’s Bake Off! The Great British Bake Off is unashamedly the perfect show to pop on every Tuesday evening after you’ve settled down at the end of a long day of work. It’s an easy (depending on how you define easy because trying to suppress the urge to whip up 16 cute little cupcakes is not easy), light-hearted watch that is pretty hard not to enjoy. You know you want to.

Watch it here on Channel4.

2 words, one meaning. Autumn. It’s impossible not to absolutely adore following the lives of cutesy Mom and daughter duo, Rory and Lorelai Gilmore, in the quaint fictional town of Stars Hollow. Watching this show will make you 1) crave a hot cup of coffee from Luke’s or 2) snuggle up on the couch and read a book. Or both! This is a show to binge on those grey rainy days (so that’s every day in England). Perfect when your new pumpkin spice vanilla TK Maxx candle is burning aflame and you’ve just tucked up on the sofa after a warm bubble bath. Don’t forget the Lush maple syrup bath bomb 🙂 Ah, cosiness level 100.

Watch it here on Netflix.

The secrets and scandals of the Upper East Side make a return in BBC’s reboot of Gossip Girl. The question is, will it live up to Serena VDW and Blair Waldorf’s standards? We’ll leave that up to you, but this iconic remake surely can’t be missed. Who knows, it could even be better! We have to give it a chance, right? (BUT, just a little advice, if you do think it is superior to GG number one, then I recommend that that’s a secret you never tell).

Watch it here on BBC iPlayer.

Ok, so granted we are students here, and not 65 year old Nan and Grandad bickering over who tripped up on footwork during the Waltz. But how could we not include Strictly in this list! It happens to be one of those guilty (firm emphasis on the guilty) pleasures for a lot of Brits, who mark the return of the show as the start of the countdown to Christmas. Let’s face it, we all love a bit of Christmas. There is no harm in watching a bit of Strictly with the rents on a Sunday evening every now and again, we won’t judge.

Watch it here on BBC iPlayer.

Don’t worry, watching Friends every day of every week of every month of the year is totally acceptable too. But some of the episodes are just perfect to get you ready for autumn. Obviously ‘The One Where Underdog Gets Away’ is an autumn vibe since it’s the show’s first Thanksgiving ep. The other Thanksgiving classic is ‘The One With The Football’ where Monica and Ross tackle and have a sibling scrum on a bed of orangey leaves. So seasonal guys. You know Friends is always a good idea and it surely doesn’t hurt to hear about Chandler’s parents’ divorce one more time.

Watch it here on Netflix.