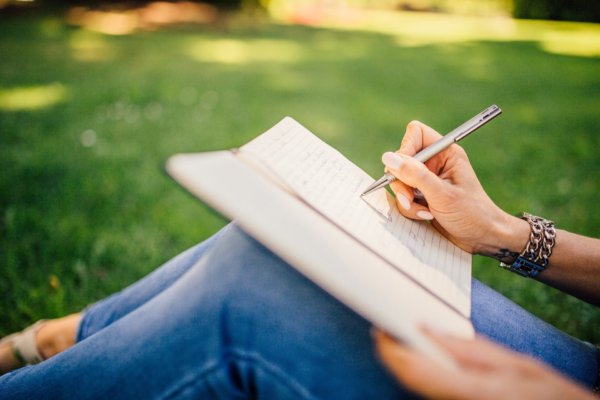 Eleanor Hebden’s story, “Coda”, was the winner of the Liverpool Guild Student Media Short Story Competition 2021. You can read her entry below. Keep an eye out for the other entries on the shortlist too.

She had been born in the blossom, with all the reluctant tread of spring, and she’d thrived in the pale green leaves that sporadically coughed their way from the concealment of branches. In the sunlight, her skin had become almost translucent, as if there was a brush expertly blending her into the surroundings, but the laughter in her eyes had remained etched in the sky like strung-out clouds.

Percy, I’d called her. She could have easily been a goddess, with her loose hair catching rainbows in the showers of April, the deep-set lines from laughter trickling over her face like the lost rivers of Hades. Yet I’d never spoken a word to her before she disappeared. She had simply caught me before I fell, one Wednesday afternoon, and I’d followed her to the graveyard, glancing at her smile between the pages of my book from a large oak tree.

In the spring, her fingernails had been constantly painted with a dark crescent moon at the tips. The mystery was resolved on a threatening Thursday, when I’d caught sight of Percy kneeling on the grass, her fingers buried in the moss lining a headstone.

Standing in the place where she had knelt, the marks her fingers had left were still there. My own trailed the burrow that she’d formed, picking at the grass that threatened to bury her imprint on the world like the corpses below lay buried. The marks shouldn’t have been there; it was five months on from that afternoon, but nature had always seemed to bend to her whims. Gingerly, I allowed my hand to fall into the same position that hers had, so long ago, withdrawing it with a start as a worm formed a malleable set of delicate rings. Straightening, I shook it off, drawing my brother’s coat closer around me as I stepped over the drunken fence.

Percy had always had a curious relationship with death – but then, by design, so did I, in choosing to spend the dwindling afternoons in the ragged graveyard of a frowning church. She said, once, that she was perfectly content to spend her life chasing the trails that other people had left, leaving no mark of her own on the world. She’d left a mark on me, though, the shape of her lips melting the touch of the biting wind across my cheek. She’d left the mark and a letter, the day before she left the world. Slipping my hand beneath the borrowed coat, the delicate crunch between the strings of my stays, reverberating in the still air, served as affirmation for the letter’s presence.

There really was no need to carry it with me; I had the contents memorised.

I walked the paths that Percy had once danced down, absorbing the brisk breeze and the memory of her incessant monologues mingling with the clouds. There was a hollowness to the route, as if nature’s heartbeat, along with Percy, had been snatched away quietly on that night, and every step was like treading softly in an abyss. Birds had ceased to call out, since she’d vanished, the only proof that they were capable of making a noise being my own recollection of their sharp songs.

Unsteadily, I pulled myself up onto the wall running alongside the path and precariously balanced on the uneven stones just as she had done by my side, quoting poetry that she’d carved into scraps of loose bark. Her face was hanging in the sky like a Renaissance painting with her features formed from clouds, the shape of her ears tinged with a muted pink from the sun’s farewell kiss. The wall came to a hasty end with fractured and fragmented stones that transformed into a trail leading to the woods, where she had last been sighted.

I’d been chasing the memory of Percy for months but never once dared to enter the woods. They had belonged to her and, besides, there were tales of society’s outsiders being snatched away with the death of nature. Outsider I was, though like a wound slow to heal there was always the possibility that Percy would return to illustrate the world with her rich mouth and breathe vibrancy into the scenery. But it had remained a weary grey, with not even the leaves bearing a rich plumage of life, and there was a speck of purple dangling like a dream in the branches of an outer tree.

A melody disturbed the silence: beginning hesitantly with the tremulous first cry of war, it ricocheted off the trunks of trees, becoming swallowed up and violently regurgitated by flowers that shouldn’t have been thriving in such temperatures. It ran ahead and then doubled back to taunt me and, displacing the fleeting colour for the song that spilt over my soul like ink on a page, I followed it.

It became lost in a thicket, burrowing its way through the foliage and cowering beneath the earth, as if it had been a mammal – rather than a bird – composing such glory. And, as it transpired, I was also lost. Behind a cluster of trees, an ethereal radiance held the dimming daylight underwater and my limbs chased its pale wings to the edge of a pool.

Percy stood with her bare feet in the shallows, the sun trying to break free from the prison of her skin. She was blooming with the promise of spring, her breath clouding like the revitalised breeze and, autumn leaf that I was, it caught my hand before her warm touch replaced it and made my fingertips dizzy. With a smile, she pulled me through a waterfall, and the rest was all beautiful explosions of darkness.