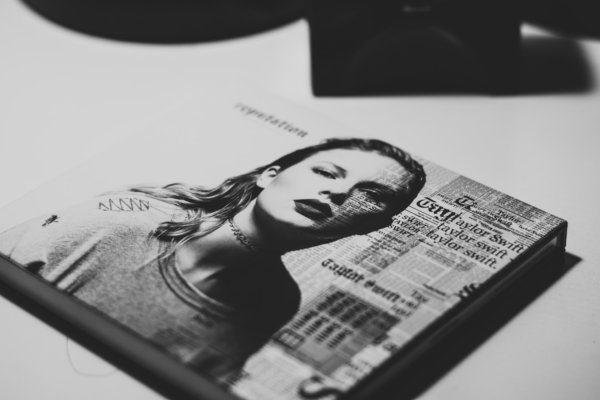 On February 12th 2021, Taylor Swift surprised the world with the re-release of her 2008 hit song “Love Story”. The re-record titled, Love Story (Taylor’s Version), is the first in a long line of re-records for the artist in a bid to have total ownership over her catalogue.

Swift took to Instagram to announce the re-release, accompanied by the new artwork for her re-recorded Fearless album as well as the new lyric video accompanying the re-release of Love Story.

So Why The Re-Record?

In 2018, Swift left her long time record label Big Machine after her 12 year contract had come to an end. In those 12 years Swift had recorded six studio albums; Taylor Swift, Fearless, Speak Now, Red, 1989 and Reputation as well as a number of singles.

However, under her 12 year contract with Big Machine Records, Swift had no ownership of her master recordings.

As such in November 2018, when Swift had signed a new multi-album recording contract with Universal Music Group, (with all future releases to be under the Republic Records imprint.) One of the conditions was that she would be entitled ownership to her master recordings, as well as in the event that Universal sells its shares in the streaming service Spotify, Spotify will agree to distribute a non-recoupable portion of the proceeds to the artists.

As Swift, did not have ownership of her master recordings recorded under Big Machine but rather the labels owner Scott Borchetta did. In August 2019 she announced that she would be re-recording all six of her studio albums under Universal Music Group, in a bid to attain total ownership over her work. As mentioned prior, Swift is doing this as she had no prior ownership to any of her work under Big Machine and as such she has no say in her catalogue may be used in future. This became especially evident after Scooter Braun had acquired Big Machine Records, and as such Swift’s master recordings and back catalogue. In 2019, Swift took to Twitter to announce that Borchetta and Braun had attempted Swift from performing her songs at the 2019 American Music Awards, as well as from using them in her 2020 Netflix documentary Miss Americana.

What Are Master Recordings And Why Are They Important?

The master recordings are the original recordings of a song or performance, and from this recording the distribution copies are made.

If you have ownership over your master recordings you have a say in how they are used. For example, you can decide which adverts or TV shows you want to licence your music out to. Or which artist can sample your work in their music.

As Swift has no ownership over her master recordings under Big Machine she has no say in how her music can be used nor can she recoup any royalties from the use of her music.

Other Artists Who Have Lost/Sold Their Master Recordings

In 1985, The Beatles’ catalogue was bought by Michael Jackson for $47.5 million. The fight to regain the masters has been ongoing, with Paul McCartney filing a lawsuit in 2017 against Sony/ATV in New York in an attempt to regain ownership.

What Now For Taylor Swift?

Without a doubt Swift has a long and arduous process ahead of her, re-recording fan favourites such as “You Belong with Me” and “We Are Never Ever Getting Back Together”.  Naturally, Swift’s vocal range has matured as well as the technology involved in recording and producing music nowadays so it’s fair to say that not all of the re-releases will sound exactly the same as the originals . However, that said, Love Story (Taylor’s Version), was met with critical acclaim from fans and critics alike, for the crisper production and vocals.

Under Universal, Swift has also recorded the albums; Lover, Folklore and Evermore, with Folklore receiving the Album of the Year Award at the 2021 Grammy Awards.