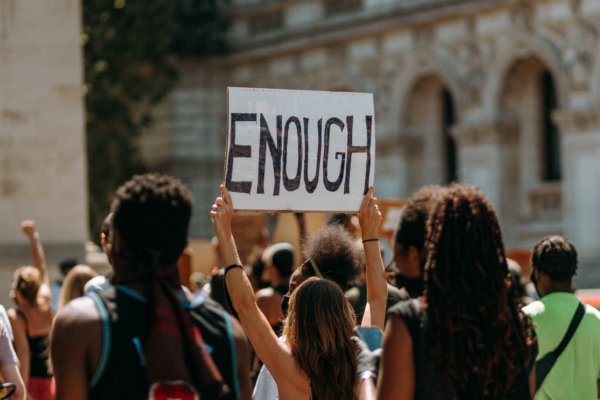 Making Our Streets Safer: Men, let’s do our bit

Last week should have revolved around two of the most important days on the calendar for the appreciation of the women in our world. Monday saw the celebration of International Women’s Day, an occasion which saw people across the world express their gratitude and pride for the females in their lives. Here at Liverpool Guild Student Media, we did features on some of the incredible women-owned businesses in our city, as well as some of the notable names in journalism. Fast-forward to Sunday, and all of us in the UK were honouring and recognizing the amazing work our Mums do in raising us and inspiring us. Of course, we don’t need singular days to commemorate the brilliant achievements and aptitudes of the women we know, be it personally or through their fame, as everyday should be an appreciation of every gender, race and community, but nevertheless its still lovely to see people sharing their love and affection collaboratively on these dates.

However, the shocking news of Sarah Everard’s murder at the hands of a police officer in South London very much overshadowed celebrations last week. The fact that whilst people were rightfully posting statuses and photos commending the women in their lives, the Met were investigating a case involving the kidnap, assault and murder of the 33-year-old is actually quite sickening. If you want to know more about the case, The Independent has an in-depth coverage of the details surrounding Everard’s disappearance. But I feel there are a multitude of lessons to be learnt from this travesty, most notably the changes that people, and in particular men, can make to ensure that women feel safer on the streets.

Sarah Everard was kidnapped as she was walking alone at night. And for those who say that she shouldn’t have been walking alone, just think about your own thought-process when you choose to leave the house alone. As a man, I am ashamed to admit that I very rarely think twice about walking alone at night (or even during the day). Perhaps it is complacent of me, but I have no fear of being approached, followed or called at. The fact women, at least those that I know personally, have been forced to approach night time wanders with fear and caution is not only unfair, but totally wrong. The actions and words of male perpetrators has resulted in women and girls having to deeply consider their clothing, their route and their method for ignoring passing men, and whilst ultimately this is shamefully the most obvious option at present for safety on the streets, it shouldn’t be necessary.

So how can we, as men, make the streets a safer place for women? Firstly, we need to stop coming out with nonsense on social media. When the news broke about Sarah Everard’s case, and women rightfully were sounding their indignation and anger surrounding the issue of harassment and assault, there was a tactless and crass trend building steam on Twitter: “Not All Men”. When I saw this, I couldn’t help but feel this was part of the problem. It refers to the idea that women are blaming all men for the actions of a few. This is not what they’re doing. By voicing their resentment and distress about the numerous stories of molestation and inappropriate behaviour, they are not pointing a finger at you and saying you’re to blame. They are simply exclaiming that something needs to be done to put a stop to it. Of course it’s not all men. But just because you yourself haven’t harassed and violated someone, doesn’t mean you can’t help the situation. If we have a throwback to last Summer when the “Black Lives Matter” campaign was in full flow, I saw a similar trend on Twitter, this time people were using the phrase “All Lives Matter”. Again, of course all lives matter. But in an issue surrounding police brutality against black communities, “All Lives” aren’t at risk, but black lives certainly are. Likewise, in this issue surrounding male harassment, “All Men” aren’t the problem, but some men are. We have got to start being more sensitive and aware of the problem at hand, without taking personal offence to the issues raised. By all means, everyone is entitled to their own opinion, but if we are willing to share our opinions publicly and in the midst of a scenario where a lot of women are feeling scared and hurt, we must do so with precaution and delicacy.

But there are various other things men can do to ensure women feel protected and less vulnerable on our streets. To start with, we can be more supportive to our female friends and family members. If we know they will be walking the streets alone (or even with a group), and walking them home or to their destination isn’t an option, just ask them to message you or ring you when they have arrived and are safely indoors or with other people. A single text such as “Are you home yet?” or “Let me know when you’re there!” can go a long way to ensure your close ones know they have someone looking out for them.

However, a lot of the time we need to do more to protect the women we don’t know. If we’re walking the streets at night, in a group or more crucially if we’re walking alone, and we see a group or an individual, it is imperative that we do our utmost to not make this woman or women feel agitated or frightened. First of all, please don’t stare. Staring at a woman or girl at night, however innocent it may be, could make them feel incredibly uncomfortable. Additionally, if possible, don’t follow their route and definitely don’t get too close. Keeping your distance makes you much less threatening, and acts such as crossing the road so they don’t feel like they are being followed are sure-fire ways to diffuse any panic the woman or girl in question may be experiencing. And whatever you do, do not make comments at them. Whether you mean them in a complimentary way or not, strangers calling out to them can be a desperately scary experience, so just don’t say it. The same approach applies to your friends, and this is another crucial point. If you feel your mate, perhaps after a couple of drinks (or not), is pestering or acting in way that would make someone feel uncomfortable, you must intervene. Being a bystander in cases of harassment is an awkward and uneasy situation, but being the harassed is straight-up terrifying. So whether it is your friend or a stranger that you feel is acting suspiciously around a woman, do what you can to intervene, in a respectful and calm manner. It is important to note that these acts don’t solely apply to walking the streets at night. We have to change our approaches at house parties, in clubs, in shopping centres, in parks. Situations where you feel like you are not a threat, to the vulnerable, you might be more of one than you think.

More than anything, we have to use our common sense. If you feel like you’re always respectful and wary of your actions around women, great. Keep it up. But share your thoughts to the people you know that perhaps aren’t always behaving in an appropriate way. If you feel like you can do more to ensure the safety of women, do it. Do everything you can. Because there is a lot of pain being felt at the moment. Sarah Everard’s kidnapping and murder is not a sole event. It is the tip of the ice berg of a whole history of mistreatment. The issue of harassment and assault has been simmering for a very long time, perhaps longer than you would have imagined. But the shock and anger at the death of an innocent woman, at the hands of someone who was employed to keep the streets safe, has pushed the issue to boiling point. We have to act, and act now.

If this article has affected you in any way, please contact Student Support to share your worries.