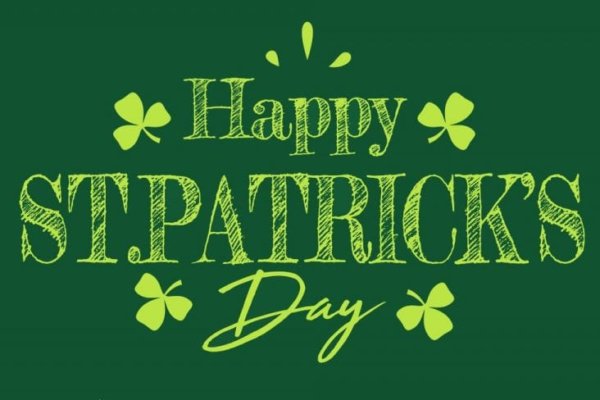 I have had the pleasure of interviewing Eoghan Ahern, from the University of Liverpool’s Institute of Irish Studies, who has given us a profound insight into the thoughts and opinions on St. Patrick’s Day from the passionate perspective of a true Irishman. Eoghan Ahern, as part of the Institute of Irish Studies has organised on online event called, ‘Patrick’s Words and Worlds’ on Wednesday 17th March from 6pm-7pm, to commemorate the day of the Irish saint. Authors, Dr Sharon Arbuthnot and Professor Máire Ní Mhaonaigh, of A History of Ireland in 100 Words, will be exploring the history of Ireland through the Irish language, highlighting the connections between language St. Patrick himself. Currently, this event is sold out, however Eoghan Ahern has mentioned there is a waiting list, so do check out the registration link here.

St. Patrick’s Day is celebrated each year on the 17th March, the traditional death date of St. Patrick. Although it being now an international celebration of Irish heritage and culture, St. Patrick’s Day originated as a religious celebration in Ireland in the 17th century to remember the life of the saint and the arrival of Christianity in Ireland. This is why St. Patrick is so important to Irish history since he introduced and spread the religious faith of Christianity in the country, making him the leading saint of Ireland. However, St. Patrick’s Day is more of a recent phenomenon, with the Irish leaving Ireland in the 19th and 20th century seeking better lives in Britain and America. As a result, Eoghan notes that, “St. Patrick’s Day is widely celebrated internationally, particularly in places such as, Liverpool, Boston and New York and even in Singapore and Bogota in Colombia!.” Here he mentions, is where the “first big parades were held in the 1830s and 40s where there were large Irish populations.”

How can we celebrate it today?

In today’s modern world St. Patrick’s Day celebrations continue to remain one of the eventful days of the year where friends and family unite to remember Irish culture and tradition, whether Irish or not. Eoghan comments that, “On a usual year, pandemic free, you would likely be attending the parade, especially if you have children”, he reminisces going as a child watching the parade through the streets. Or otherwise, most people meet up with friends at a pub and catch up, joking that most tend to aim to avoid anyone in a leprechaun hat or Guinness dyed green”. Alternatively, if you are religious, it is likely you will be attending Church, which is where the parade starts and end, typically at the local cathedral. Aeghon also points out that, “It’s like Christmas I suppose, the day will mean different things to different people; some celebrate as a religious occasion and others a chance to simply connect with Irish heritage through the parade, seeing friends, listening to Irish music and storytelling etc.”

Where are the top places to celebrate in Liverpool?

There would normally be an annual parade through Liverpool City Centre, moving off from the Old Irish centre on Mount Pleasant accompanied by bands like the Liverpool Irish flute Band and Fianna Phadraig Pipe Band. However, this year Eoghan says to keep your eye out for some sort of live stream virtual parade from the famine memorial in the bombed out church, or an Irish music event. Additionally, in a world without COVID-19, an Irish pubcrawl would be unmissable, since it’s a given that you won’t get a better pint of Guinness than at an Irish pub. The Liverpool Echo lists the top ten pubs in Liverpool as; ‘Shenanigans’, ‘Blarney Stone’, ‘Flanagan’s Apple’, ‘Pogue Mahone’, ‘O’Neills’, ‘Lanigans’, ‘McCooley’s’, ‘The Liffey’ and ‘Molly Malone’s’. So write these down for the ultimate Irish pub crawl, and remember them for next year or you could even celebrate this momentous day after the restrictions ease in the summer, because we can’t not celebrate St. Patrick’s Day, (you might get a few weird looks if you’re dressed as a leprechaun in June though!)