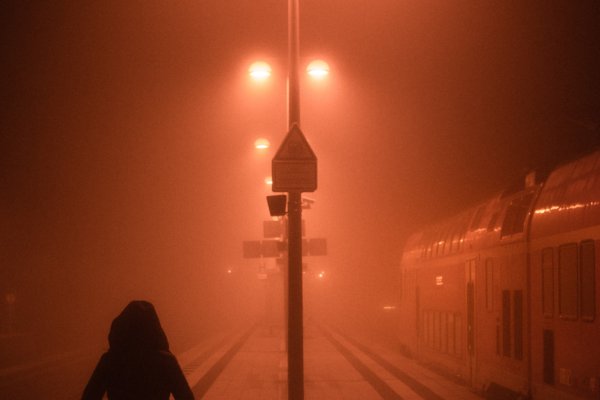 The Issue at Hand

The recent news of Sarah Everard’s death in Clapham has brought back into the foreground the extent to which women feel unsafe, unveiling a chance to ensure a better education of men in their role of helping women feel safe, treating them with dignity and respect. This isn’t about imposing shame and guilt, but about prioritising the search for a practical solution to a shocking problem that is yet to be resolved. It is terrifying to think that it always take the unthinkable to happen to get people talking, to get the problem trending on social media, before it inevitably fades into the background again, in the same way each stigmatised topic relentlessly does. The ‘blissful’ ignorance of many men has been noted upon. Some assure themselves that they are not the problem, that they are confident they do not appear intimidating or threatening, pushing the issue aside because ‘it doesn’t involve me’. However, in simply re-evaluating our attitudes towards this problem of female safety, we can work to dissolve it. Like these men, every woman will think this same thing when walking alone at night, ‘it won’t happen to me’ or similarly, ‘it won’t involve me’. Willingly accepting the problem at hand as the way our society is. I will 9 times out of 10 find myself repeating in my head, ‘lots of women walk home at night and get home safely, and so will I’. Yet, Sarah Everard thought this same thing.

While it is enlightening and reassuring to hear women from all over the country, and world, unite in sharing their experiences and speaking out about their fear of walking alone at night; it explicitly underpins the problem. That this is all too common. Various women say that they stick to well-lit and busy areas when walking alone at night, but this doesn’t always guarantee safety unfortunately. It is really scary and rather sickening to think that women, of all ages, feel uncomfortable when walking the streets alone.

The Experience is Universal

There has been multiple times when I’ve been walking alone and have pictured scenarios in my head and think about what I would do if the worst happened, desperately checking for the presence of others nearby. You walk quickly, you subtly look behind you every few seconds to check you are not being followed – you are instantaneously put on high alert. However, you push these thoughts aside thinking they won’t happen to you and that you’re just being paranoid, reassuring yourself that you’re in a safe part of the city. Again, sadly this is what Sarah Everard thought.

Even the little things that happen on a daily basis to women can be disturbing. Men driving past you who whistle or catcall you on the street, vulgar comments shouted at you. Just yesterday I was stopped at a traffic light and the man in the car next to me intensely stared at me until the light turned green. I will find myself looking back at these moments thinking that my momentary feeling of discomfort is exaggeratory. However, we should not be so quick to regularly dismiss these actions as normalised behaviour; if it makes you feel on edge or uncomfortable, chances are this feeling is justifiable. This becomes more nerve-racking when the sun sets and it is the night; you are ten times more anxious because it is quieter and the disappearance of daylight has robbed you of your security.

The Unavoidable Reality of Female Insecurity

I have spoken to five women who have shared their experience on the common fear of walking alone at night.

Olivia Sylvester, 19, Liverpool: “When I see a man and I’m alone I immediately feel intimidated. I always check my phone has enough battery before I leave to go out.”

Gabby Cherry, 29, Vancouver: “Walking alone at night has always given me cause for concern. No matter what city I’m in I’ve always prided myself on having good senses and being super aware of my surroundings. So much so that when I was out with my 6 month old baby I noticed a guy following me at dusk. It wasn’t even fully dark and I instantly went on edge, especially since I was pushing my baby in his pram. I decided to go into a small supermarket to just make sure this guy wasn’t following me. I walked up and down the aisles for 25 minutes and felt confident that he was long gone. I walked out of the store and just happened to turn around and spotted him right behind me again. This made me super paranoid. I walked for 5 minutes and could sense him right behind me. Luckily I saw a liquor shop and walked straight in and told the security guard. The security guard went out and questioned this guy. He said nothing and walked off back to where we he had just come from. This instilled the fear into me massively, the thoughts running through my head and the worries about not just me, but my baby, was enough to really shake me up. Unfortunately, we are in a society where people do need to be on edge and aware of their surroundings. I keep a whistle on my keychain, as noise always draws people. However, in moments of panic would I remember to use it? Who knows!”

Linzi McGunnigle, 50, Leicestershire: “I would say that I actually have always felt reasonably safe walking home. Living in a village possibly feels less threatening than a town, so that would be part of the reason. If I walk late at night, I do make sensible choices; well-lit roads, stay on main routes, make sure I am aware of my surroundings, and never have earphones in. On the odd occasion that I’ve felt nervous I do call home and talk the rest of the way”

Julia, 26, Liverpool: “I usually feel comfortable walking around in the day alone, but as soon as it gets dark, I am much more anxious, particularly in areas that are quiet and not well-lit. That said, I was once followed home in a busy area with loads of people and traffic around, so I suppose it doesn’t make much of a difference.” She notes, “Ultimately, we need to address the problem of why we feel this way, i.e. the behaviour of the men, whether it is following someone home to intimidate them or more sinister motives of violent crimes. I find it shocking that the murder of a woman at the hands of a man (not to mention that this happens on an average of six times a week) is what it takes to bring issues of sexual and general harassment of women into the wider public conversation, and particularly for her family who I’m sure want to grieve away from the spotlight.”

Bronia Thomson, 55, Nottingham: “I would say that if I was walking alone at night, I would not feel safe and would cross to the other side of the road if I saw someone approaching. I also feel nervous about waiting alone for a taxi. Men and often drunk ones, try to strike up a conversation and don’t seem to realise how nervous that makes you feel.”

The common finding here is that women generally think that they are taking the right precautions if walking alone at night. It is not that women lack agency; indeed, there is advice out there to be heeded, yet this has proven to be too vague and simply insufficient. Therefore, it is within the hands of men and of the parents of young boys to ensure a woman’s feeling of safety when walking the streets. The thread on social media, ‘Educate your Son’ promotes raising your son to respect women, rather than locking up your daughters and over-protecting them, since the issue lies primarily with men.

Men: Do Your Bit

But what should come next? How can we really prevent this from fading into the background as another trend? The aforementioned, ‘Educate your Son’ thread, highlights the role of parenting in raising awareness of the issue, rather than overlooking it since they are ‘good blokes’. Despite men thinking they look like a decent guy, women are immediately put on edge at the presence of a man when she is alone. Therefore, it is for men to recognise the signs of anxiety and discomfort; to not walk with their hood up as if to suggest a threatening persona, to cross to the other side of the road if a woman is approaching, or take a different route, and to understand that a woman travelling on her own, will most of the time, as evidenced, feel uncomfortable. To further this, if you see a woman feeling feeling intimidated or worse, harassed, recognise that you can help dissolve the situation. Find a figure of authority and subtly inform them so they can intervene. Every act helps. Of course, this is only attending to part of the problem, yet the aim is to raise generations of enlightened men, encouraging a gradual shift in male behaviour and attitudes. It is not about protecting women, but about educating men.