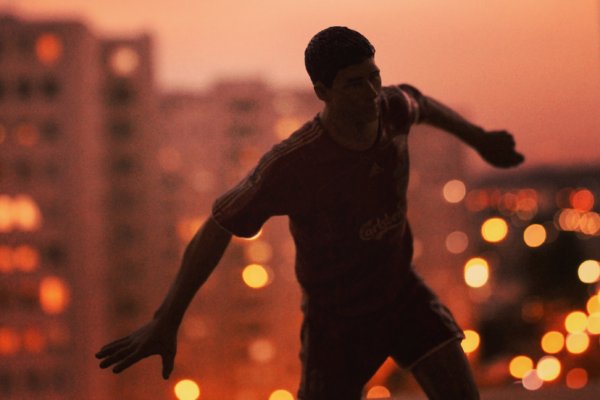 Whilst the city of Liverpool has become synonymous with its passion for football, the game’s international expansion means that its teams are now ordinarily comprised of players from countries across the globe. Despite this, there have been, and still are, plenty of professional footballers whose careers all started with an upbringing in Merseyside. Here, we rank the ten best Premier League players to have come from this iconic city.

Kicking off our list is Ross Barkley, who is currently on loan at Aston Villa from Chelsea. Now in his tenth season in the Premier League, the Everton academy graduate has made 214 appearances and scored and assisted the same number of goals in the competition (28). Although no longer in favour at Stamford Bridge, Barkley has won the FA Cup and Europa League during his time at the club. He has also been capped 36 times for England.

Brought up in the town of Huyton, Tony Hibbert was a one-club man who spent his entire footballing career with Everton. The right-back amassed 265 Premier League appearances in his time at Goodison Park, becoming a firm fan favourite and an ever-reliable presence for well over a decade. Hibbert didn’t manage to win a major trophy or play for his country, but his loyalty earns him a spot on this list. He retired in 2016.

In at number eight is Kevin Nolan, who more than earned his chance in the Premier League and certainly owned it. Raised in Toxteth, the midfielder achieved promotion to the top-flight with three separate teams (Bolton Wanderers, Newcastle United, West Ham United), as well as making over 400 appearances and scoring 69 goals, winning Player of the Month in February 2006. After hanging up his boots five years ago, he’s now back at West Ham as a first-team coach under David Moyes.

Another legendary Everton full-back, Leighton Baines, who was born in Kirkby, appeared 420 times in the Premier League. Between August 2009 and May 2013 he only missed six matches, cementing his status as one of the league’s best left-backs. He became known for his ability from set-pieces, in particular free-kicks, which yielded 32 goals and 53 assists. Baines was part of the England squad for both the 2012 European Championships and the 2014 World Cup, playing twice at the latter. He retired at the end of last season.

The first player from the red half of Merseyside to make our list. Steve McManaman was an energetic midfielder who forged a career for himself in the city and abroad. A glittering spell at Real Madrid, where he won the Champions League and Spanish La Liga twice each, was sandwiched in between 275 Premier League games at Liverpool and Manchester City, contributing to exactly 100 goals in that time. The Bootle native’s voice can now be heard regularly as a co-commentator for BT Sport.

Still just twenty-two, Trent Alexander-Arnold already boasts a trophy cabinet better than most. Since breaking into the Liverpool first-team in 2017, he has won the Champions League, UEFA Super Cup and the Club World Cup, as well as playing a key role in his team’s first Premier League title in thirty years. Alexander-Arnold, who was born in West Derby, has racked up 114 appearances and 29 assists in the competition, as well as being named Young Player of the Season in 2019-20 and included in the Team of the Year twice.

Just missing out on the podium is Jamie Carragher, who grew up in Bootle as an Everton fan. Ironically, the defender became a club legend in the red half of Merseyside, winning eleven major honours including three League Cups, two FA Cups and the 2005 Champions League. His 508 appearances in the Premier League puts him ninth in the all-time list, and he was also included in the Team of the Year in the 2005-06 season. He now has a prominent media career, most notably as a pundit and co-commentator for Sky Sports.

Born and raised in Toxteth, Robbie Fowler played in the Premier League for four different clubs. He is best remembered for his time at Liverpool, where he was affectionately nicknamed ‘God’ by the fans for his goal-scoring abilities. In 379 games spread over sixteen years Fowler scored 163 times, giving him the seventh highest tally in the competition’s history. He won many trophies alongside Carragher and was a mainstay in the England set-up at the turn of the century. Since retiring, he has made significant investments in property and is now head coach at Indian Super League side East Bengal.

At two is arguably the most iconic player in Liverpool’s history. Barring a final hurrah in America with LA Galaxy, Steven Gerrard spent his entire career playing at Anfield, having joined the club’s academy aged nine. Winning nine major trophies, including a legendary performance in the 2005 Champions League Final, he often carried his team as a talismanic figure. 504 appearances and 120 goals in the Premier League by the Whiston-born midfielder, combined with 114 caps for his country, showed highlighted his status as one of the best players of his generation. Following his retirement in 2016, he has done some light punditry work and now manages Scottish heavyweights Rangers.

Who else could it be? Beating Gerrard to the top spot is Wayne Rooney, who, despite being so closely associated with Manchester United, was a devout evertonian who grew up in Croxteth. Over the course of a trophy-laden career that only ended last month, the striker became United and England’s all-time leading goalscorer, and managed 208 goals in 491 Premier League appearances, putting him only behind Alan Shearer in the standings. His 103 assists also show an underappreciated side to his game, and his overheard kick against Manchester City is considered by many to be the greatest goal in the competition’s history. Rooney has just taken his fist role in management at Championship side Derby County.