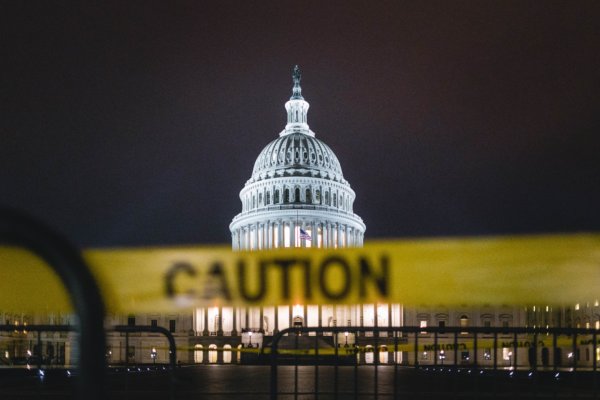 Counting and chaos: What just happened in Washington DC?

Yesterday, 156 years since the end of the American Civil War, far-right insurgents roamed the halls of Congress with Confederate flags over their shoulders.

January 6th 2021 was always going to be a significant day for American politics. The surprises began at 2am EST, when the Reverend Raphael Warnock won election as Georgia’s first Black Senator. Later, his Democratic colleague John Ossoff’s victory flipped the Senate in a massive boost to president-elect Biden. Republicans will no longer be able to block his key policies and cabinet appointments.

That afternoon, Trump hosted a raucous ‘stop the steal’ speech outside the White House while lawmakers in the US Capitol began certifying the presidential election count. It was during a debate about unproven allegations of Arizona voter fraud that rioters breached the building. They were fresh from Trump’s rally where the President’s personal lawyer had called for “trial by combat.”

Congresspeople were evacuated and journalists locked down in offices as mobsters overwhelmed a meagre police force. Shaky video footage shows a single security guard powerless to stop a group of insurgents.

The mob – described by many as “domestic terrorists” – broke into key offices and made it to the Senate floor. The Proud Boys group, who Trump told to “stand down and stand by” three months ago, were heavily involved. Law enforcement found and safely detonated at least one improvised explosive device on Capitol grounds, and there have been four fatalities.

The initial weakness of the police response has led many to point out that DC law enforcement seemed much more concerned about Black Lives Matter protests than yesterday’s violent riot. One cop even posed for a selfie with a mobster.

“How long would it take to deploy the National Guard if they were black & how many would be dead?”

As the insurgence began, Trump sent out a tweet criticising his own Vice-President, who was in the besieged building at the time. Later, under pressure from Joe Biden and others, he released a video telling protestors to go home. Its tone was supportive of the attackers’ cause even as other elected officials – both Democrats and Republicans – condemned them.

“We love you; you’re very special.”

Trump has now been temporarily suspended from Twitter due to repeat violations of the network’s civic integrity policy. Facebook and Instagram have followed suit with bans of their own. Meanwhile, members of POTUS’ own cabinet are rumoured to be considering use of the 25th amendment to remove their boss from power.

Congress resolutely completed its certification of the election once the National Guard had swept in to clear the Capitol building. Trump then committed to a peaceful transfer of power but continued to propagate unfounded claims of election fraud. Some republicans have been accused of inspiring yesterday’s violence by supporting these claims for their own political gain.

With Joe Biden’s inauguration scheduled for January 20th, the world watches on with bated breath. We have more questions than answers about how the next fortnight will play out, but there is no doubt that this transition will be remembered for generations to come.