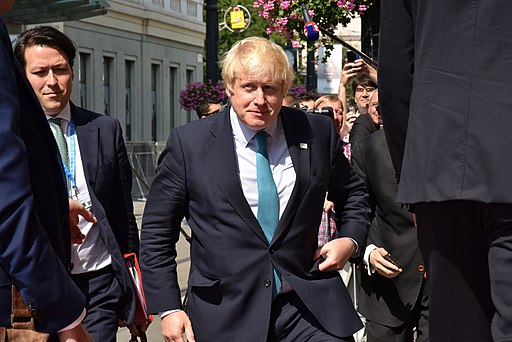 Bully For You – Cronyism, Corruption and the Conservatives

There was a time, not too long ago, that we used to condemn bullying. Discourse was rife with slogans and campaigns highlighting just how destructive this behaviour is. It seems only a few years ago where bullies were vilified and reprimanded, now elevated to positions of extreme power. How far we have fallen.

The Case of Priti Patel

The Home Secretary Priti Patel has recently been found guilty of breaking Ministerial conduct. Following an investigation by Sir Alex Allan, the independent advisor on Ministerial standards, she had been found to not have “consistently met the high standards required by the Ministerial Code.”

Ministers are required to “be professional in their working relationships with the civil service and treat all those with whom they come into contact with consideration and respect.” Patel had consistently been authoritarian in her expression; threatening, swearing and shouting at her civil service subordinates was merely commonplace.

By many accounts, she would skulk around Westminster like a phantom Malcom Tucker, barking orders at unsuspecting employees. I would love for Armando Iannuci to step out of the wings and reveal the last 4 years had been a part of a new elaborate piece of satire but alas, this cabinet circus is too shambolic even for him. In response to Sir Allan’s findings, Patel responded by claiming it was all “unintentional”. It’s the equivalent of the schoolyard Sasquatch pleading; ‘I’m sorry sir, I didn’t know it would hurt him’ as he repeatedly pummels another for having their top-button done.

In this matter, Boris Johnson’s leadership was once again found wanting. Johnson waved his wand of impunity and Patel was cleared of any wrongdoing. What kind of message does this send out to the victims of bullying? Bullies are now welcomed with open arms instead of being shunned like the cowards they are.

Johnson is forming a tighter and tighter cult around him. Anyone who challenges the status quo is cut from the herd and left to wither in the land of political obscurity. Look no further than Johnson’s WhatsApp messages when Patel’s allegations were first raised.

“Time to form a square around the Prittster”.

Instead of responding to the allegations with sincerity and grace, Johnson chose to arrogantly dismiss them as he has done so many times before. Is this the conduct befitting of a leader? Johnson’s words show he knows guilt is apparent. He chose to use his cabinet as an immovable wall to protect a guilty woman. A woman who, it just so happens, has been found guilty of the same offence before. The irony of all of this taking place during ‘Anti-Bullying Week’ is clearly lost on Boris Johnson.

If this gross disregard for the rules is not sickening enough for you, the tale takes a further alarming twist. Sir Allan has since had to resign as the independent advisor for ministerial code. He cites he feels “the time is right that I should now resign from my position”.

This comes in response to Johnson choosing to overlook his findings. We are now living in a situation where if the findings of an independent advisor are not what the Prime Minister wants to hear, they are made to go away. This sounds an awful lot like censorship to me. The rabbit hole stretches much deeper even than this. Corruption is the quilt engulfing this current administration, suffocating any scraps of morality. Cronyism is just one patch on this enormous quilt. But a patch that has been more colourful than others in recent times.

The Covid-19 pandemic provided the perfect platform for which the Tories could throw eye-watering sums of money at their sympathisers in exchange for very little. The most egregious example is undoubtably the £22bn spent on the NHS ‘Track and Trace’ system, sums of money entirely alien to almost every member of society being thrown at an operation that simply does not work. Speaking on LBC, James O’Brien revealed that on average, every track and trace caller makes one call per person, per week. In what world is this ever ‘stopping the spread’?

£22 Billion. For context, Marcus Rashford’s ‘free school meals’ initiative will cost £170 million, a piece of policy vehemently opposed by Conservative MPs. They claimed it was too costly, too inappropriate. But this is only 0.53% of the money being given to track and trace. Luckily, Johnson decided to employ one of his favourite U-turn in this instance however, with the government finally agreeing to provide free school meals for children in affected situations.

The woman behind the track and trace tragedy is Dido Harding. Harding has squandered funds on infrastructure that is barely passable at best. In what other country is mediocrity placed on such a pedestal? South Korea provides the best case study for Track and Trace working. With 549, South Korea ranks 89th in the World for Covid deaths. They have 0.89% of the UK’s death count.

I am not ignoring the presence of population density in comparing the 2 countries. A perfect comparison can rarely be made, but the data convey what a demonstrative failure the Conservatives have made of the handling of the pandemic. What have we got for our enormous investment? 61,434 broken families.

Calmly swept under the carpet was another in a line of seriously questionable funding decisions when £250 million was awarded to a US jewellery company to supply PPE to the UK. This was allegedly done without the appropriate legal advertisement or competitive tender processes. What does a jeweller know about PPE?

Health Secretary Matt Hancock tried to rebuff the accusations by claiming demand for PPE was so extreme that other methods of production needed to be sourced. When we consider this is coming from an administration that counts a pair of protective gloves as 2 items of PPE to fit previously established quota targets, I think we should take what he says with a considerably large handful of salt.

If you have any valid concerns about the level of corruption seeping through Westminster, feel free to report them to the ‘Prime Minister’s anti-corruption Champion’ John Penrose. There’s only 1 problem; he’s Dido Harding’s husband.

Incidentally, Penrose was part of an advisory board which called for Public Health England to be scrapped. Now his wife is in charge of managing extremely lucrative contracts for track and trace. The contempt they have for us is so obvious, so blatant. Yet still they champion Johnson and the Conservatives. When will they wake up?

What Should We Take Away?

Boris Johnson’s leadership is a straw house built on soundbites and slogans. He thinks he can promise lies to the public with his right hand and line the pockets of his cronies with his left. We have to put up more of a fight. Firstly, a hard truth, Boris Johnson doesn’t care about you, he doesn’t care about me and he certainly doesn’t care about the office he holds. He isn’t a loveable everyman with your best interests at heart, he is an opportunistic pretender with a silver spoon firmly rooted in his mouth.

A government that champions bullying and sneers at the working class is not fit for power. We have seen time and time again the priorities of Johnson’s cabinet are about as aligned with the public as a fish is to land. It’s easy to criticise comfortably from my bedroom, I’m not unaware of this fact. But, I will ask you one question. When all else is forgotten, how can you justify the deaths of over 60,000 people?