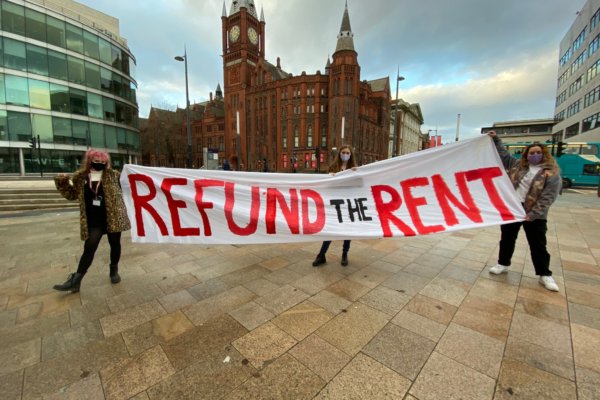 The Student Officer led campaign asks the University of Liverpool to ‘share the financial burden’ of rent with students.

After four months of meetings, the University have agreed to ‘release students from University rent contracts if they wish to be’. However, it has remained unchanging in the other three demands made by the Student Officers.

These demands ask the University to refund 35% of rent which was paid from September 2020 to December 2020, refund all of rent for the weeks during the pre-Christmas travel window, and remove 100% of rent for the time between the staggered return to campus dates (between January and February 2021).

The University’s continued position on these matters has led to the launch the ‘Refund the Rent’ campaign. The Student Officers have published a petition, released on the 2nd of December, which they have encouraged students to sign.

On 9th October 2020, the University announced a decision to move, where possible, to online teaching. In the first semester, this meant that two thirds of students completed their studies wholly online. The statement released alongside the petition emphasised that students should be given a partial rent refund, as many of them did not need to be on campus during this time. Furthermore, the statement asserted that the impact of the travel window, where students are being encouraged to travel on specific days, should lead to an 100% refund and removal of rent charges during those dates.

The petition can be found here

For further information regarding the campaign, have a read of Guild President Adnan’s blog post here!