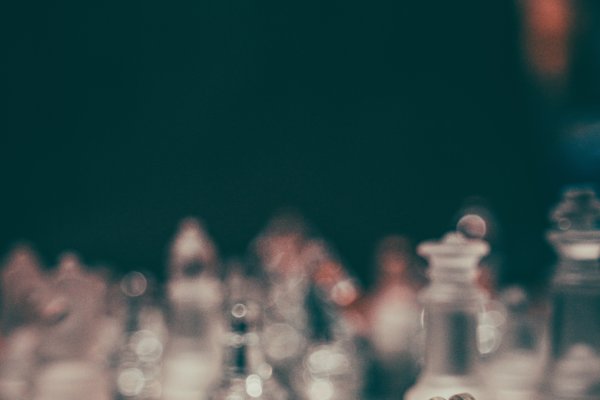 Chess may not strike you as a suitable subject for a flagship drama series aimed at a mainstream audience. Its stuffy aesthetics and slow, contemplative nature don’t particularly lend themselves to the dynamic visuals we’re used to seeing in our high-budget dramas. But the new Netflix original mini-series, The Queen’s Gambit, manages to effortlessly paint the game in a vivid and intriguing light.

The series follows the story of Elizabeth Harmon, a young orphan, on her path towards becoming the world’s greatest chess player.

Beginning in the 1950s, nine year-old Beth is sent to an all-girls orphanage following her mother’s death. One day, after finishing her maths test early she is sent down to the basement to beat chalk dust out of the classroom’s blackboard erasers. When in the basement, behind shelves lined with various cleaning supplies, she spots Mr Shaibel, the janitor, quietly playing chess by himself. Eventually, after tempering his gruff and walrus-like demeanour Beth convinces him to teach her the game, leading to the discovery of her generational talent.

From there, Beth is later adopted by a middle-aged couple and then encouraged to continue her chess journey. Although far from a straight forward affair, Beth rapidly climbs the US chess rankings, culminating in a final showdown against the imposing Vasily Borgov of the USSR.

The series mixes coming-of-age with a host of social issues such as addiction, sexism and mental health. Although these topics are extremely common in today’s media landscape, here they aren’t used as vehicles to preach about current day issues, instead they stay firmly rooted in the time period the series is set it. For example, while addiction is rife in today’s world, Beth’s primary addiction stems from the unenlightened mid-20th century practise of giving tranquillisers to young children in order to make them more pliant. This kind of recurring commitment to the era makes for a more unique viewing and a more believable world-building experience.

Beth’s fight against addiction, her underdog arc as a woman in the man’s world of chess and the complex emotional traumas surrounding her childhood, her relationships to others and to the game all make for an incredible character study. Will she find peace outside of the game? Will she overcome her self-destructive tendencies so she can fulfil her lifelong dream? Deep down, does she even want to? Beth is such an alluring and enigmatic character that even shots of her face over the chessboard where she betrays very little are captivating. Her compelling intricacies are thanks in large part to Anya Taylor-Joy’s performance and personal contributions to the writing of Beth’s character – outlined in this interview:

One of the many strengths of the series is that it doesn’t require the audience to have a working knowledge of chess in order to enjoy it – the characters and competition are more than enough to fill the viewer in. The show also does a commendable job of teaching the audience chess along with Elizabeth in a natural and accessible way. For example, when Elizabeth is playing in her first tournament at a local high school, she says to her opponent: “I don’t get chess clocks”, in her usual forthright manner, leading to an explanation that will serve the audience throughout the rest of the series.

The story of someone so young reaching the top level of chess may seem far-fetched, but it’s surprisingly common with child prodigies defeating veteran grand masters all throughout history. From a 12 year-old Paul Morphy defeating a Hungarian grandmaster in 1850 to Judit Polgár marking her first grandmaster win in 1987 against Lev Gutman aged only 11.

All-in-all The Queen’s Gambit is a solid and captivating series, tastefully covering a wide collection of themes, spearheaded by an incredible performance from Anya Taylor-Joy.