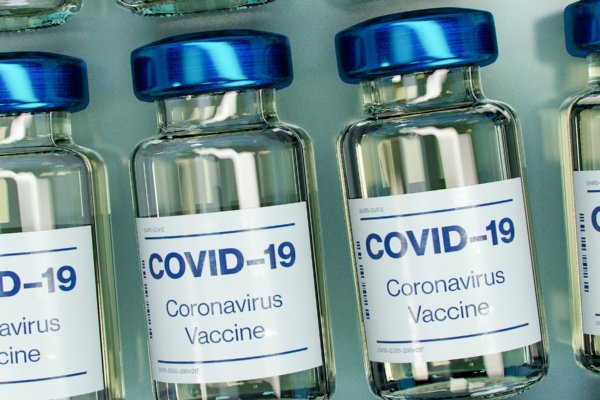 It was about time we had some good news. 2020 has been a year like no other; an unfolding crisis in a far away land spiralled into the greatest public health crisis for a century. There are few who were alive during the 1918 influenza pandemic and even fewer who remember it. Covid-19 has affected every one of us in every part of our lives and we all dream for the time when the ‘new normal’ ages into the ‘old unusual’. After recent developments on the 4th November, that dream may be becoming a reality sooner than we had dared to imagine.

A flicker of light at the end of a long, dark tunnel

For those living under a rock, pharmaceutical giant, Pfizer, announced they have developed a vaccine that can prevent more than 90% of people from contracting Covid. A spokesperson described it as a “great day for science and humanity”.

Pfizer’s vaccine is likely to be rolled out to care home staff and workers by December. Next in line, naturally, are health workers and over 80s. The line of qualification is then determined by age. People under the age of 50 foot the list but this is a small price to pay given our mortality figures.

Speaking on BBC Radio 4, Professor Sir John Bell, chair of Medicine at Oxford University, replied “yes, yes, yes” when asked by Sarah Montague if life would be returning to normal by Spring. Montague then symbolically raised both hands to the sky, perfectly encapsulating the mood of the British people.

It feels alien to react to a headline with something over than a sinking feeling in the stomach. We have been conditioned into swallowing Dominic Cummings’ data fetishisation over the last 9 months with human life being reduced to numbers on a chart. We have reached the point when we see a day where 100 people died and think ‘that’s not too bad’. In context, this is the same as 5 Manchester bombings happening every single day. And this is only on the days where things are deemed alright.

So much misery has left us numb to hope. Resolve warn down over time to the point where to hope is to court the impossible. For that reason, I would encourage that we not be taken too far by the white Knight in a lab-coat. Despair is cruel, but false-promise is crueler.

Where does Brexit come into all of this?

Brexit, which plastered so many front pages pre-Covid, has been relegated to has-been news over the last 10 months. The media may have jumped off the bandwagon but policy makers have not. You’d even be forgiven for forgetting the UK will be leaving the EU on January 1st given everything that’s happened. But alas, we are hurtling toward a no-deal Brexit with ramifications that, during the pandemic, may stretch much further than tariffs and free movement legislation.

Pfizer’s vaccine will be produced in Belgium. When the UK was still an EU member state, this would mean free movement of economic resources (including goods such as the vaccine) across borders. Now the UK has left the EU, the process is a little more complicated.

Any goods coming into the country will need to checked at the border. Imagine flying home from a holiday. We’d stroll through the ‘nothing to declare’ aisle safe in the knowledge that, for the most part, we were legally allowed to bring in the contents of our luggage. This was the same for freighters bringing goods into the country. Now imagine all the contents of those freighters need to be declared.

NTBs (Non Tariff Barriers) include quotas and administrative, safety, technical and any other checks when goods enter the UK. The EU single market has no NTBs. This means at the moment, the vast majority of goods are able to enter the country without delay. When we leave the EU, we surrender the right to be free from NTBs.

Make UK estimates, should we leave with no deal, “the number of customs declarations will increase from 55 to 275 million“. That’s a lot of paperwork. Naturally all of this new, relentless bureaucracy will slow the process down significantly. And it already is.

The situation at the border

Be under no illusion that this is just some doomsday tripe. A leaked government document warns of “queues of up to 7000 lorries” as far as Kent. Cabinet Minister Michael Gove sits poised to scapegoat the freighter and haulage companies. He claims “the biggest potential disruption are traders not being ready for controls implemented by EU member states”. This shameless buck-passing shouldn’t come as a shock.

The Tories have consistently blamed their disastrous Brexit policy failures on the EU’s rigid stance. The failure to negotiate a credible trade deal 4 and a half years after the referendum is the fault of charlatans in suits playing at politics.

The pictures from Dover put the finishing touches on an already disastrous painting. These photos from 2017 were used in an article warning what the situation may continue to look like should a deal not be agreed. 3 years later, we are teetering on the precipice of this becoming a regular reality.

This is already happening and all the credible evidence suggests it will continue to do so.

What does this mean for the vaccine distribution?

It stands to reason that massive delays to distribution from products imported from the EU will impact upon the availability of a vaccine being produced in Belgium. It’s estimated that a trip importing goods from France, that once took as little as a matter of hours could now take up to 2 days.

The final major hurdle for the distribution of Pfizer’s vaccine is the necessity for it to be stored at -94 degrees Fahrenheit. Or -70 degrees Celsius for us Brits. NBC report the packaging of the vaccine will be done under dry ice to ensure full effectiveness.

Major delays to importing goods and a product that has to be kept at -70 to be effective? In this instance, putting two and two together does not make four. It makes fear.

A crippling fear, no, a terror that this government will not be able to deliver the vital vaccination programme that this country needs to heal and to start to rebuild from the nightmare of the last year.

It can’t be all doom and gloom though?

Well in short, hopefully not. Former Health Secretary Matt Hancock claimed he was “confident” that a no-deal Brexit will not impact upon the UK’s ability to deliver an effective vaccination programme. Isn’t that reassuring?

Hancock unveiled plans for the vaccine to be flown into the UK, in doing so bypassing the commerce catastrophe some 35,000 feet below. Should the government be able to deliver this promise then there is hope for effective distribution of Pfizer’s vaccine. My issue is that looking at this administrations response to every other aspect of the pandemic, what insurances can be made that this won’t be subject to one of Boris Johnson’s trademark U-turns?

Is the the next free school meals? Or the next exam results? Or what about the centralised Covid app? Johnson promises one thing only to renege further down the line when he realises he cannot follow through. I have no confidence in the plan to fly the vaccine in no matter how much I want it to be true.

All eyes to the future

Take nothing away from the hope of the situation though. Michelle Roberts, BBC Health editor encourages hope not hype. I think this is very sound advice. Pfizer hope to produce 1.3 billion units by the end of 2021. Roy Anderson, an epidemiologist at Imperial College London, said in order for herd immunity to be effective, 75% of the population would need to be vaccinated. This is a manageable and effective figure.

The hope is vaccinations throughout the summer will be the most useful. With infection rates lower in hotter weather, more people will be willing to get vaccinated in this period. Professor Ugur Sahin, BioNTech co-founder, shared professor Sir John Bell’s optimism for normality. Unlike his medical peer, Prof Sahin suggested the winter of 2021 for normality to return. By then we will have been living with the pandemic for 20 months.

We are living through our own Winter of Discontent. A sobering, solemn time where comfort resides in the promise of the future. We finally have a promise. The logistics are still to be ironed out but for the first time the dream of normality isn’t one that’s firmly rooted in fiction. It’s news that has come at just the right time. Lockdown 2.0 is in full force, cases have never been higher and even the Christmas promise is looking like a near miracle. For the first time in a long while, there is reason to be cheerful. It really was time we had some good news.