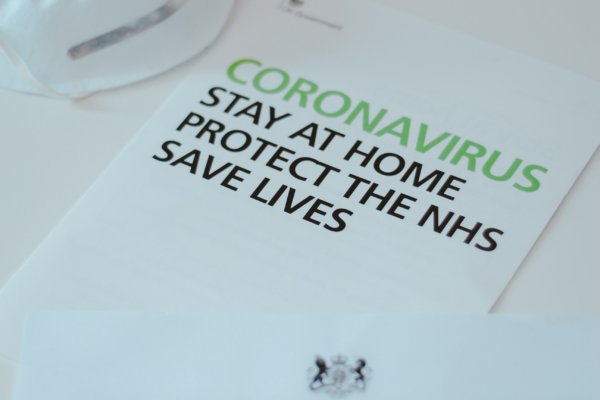 From the Course’s Mouth

Merseyside will be placed in the highest tier of lockdown in the United Kingdom. This was the sobering news broken to me a mere 2 weeks after moving back to the city which I had fallen in love with a year before. Arriving as a fresh-faced 19-year-old, the busy streets, the friendly people and the buzz of match-day all made for a rich cocktail of freedom and fun. Liverpool is a young man’s dream. I feel that the last 9 months have weighed more heavily on me than I would’ve liked. The streets are empty, the buzz has faded, and the smiles of strangers are concealed behind thick layers of fabric. This is not the Liverpool I remember.

I see my position as being both unique and uniform. The trials and tribulations of lockdown felt acutely personal, but I’d be mistaken to think that I was alone in feeling this way. I discovered writing things down was a cure to a great number of inner evils and for the interest of mental self-preservation, I decided to document my experience of an online education.

I naively imagined when I left my student accommodation in March that this would simply blow over after a while. A few novel weeks indoors and then I’d be back in the pub with my mates joking about it all. As the weeks ticked by, it became apparent that my fantasy was just that. I began to turn my attention to the next year. Okay, the end of first year was a write-off but things will be back to normal by September, right?

Then September rolls around and the promise of some level of normality is confirmed by the University. ‘Face-to-face’ teaching was promised; news to all of our ears. Even the hint of us having to pay our full tuition fees for online teaching was outrageous. This was somewhat compensated by the notion that I could enjoy some time on campus. But in response to rising cases in the region, even the modicum of in person teaching was abolished before it had even begun. Make no mistake that within the student population the outrage of paying an identical fee for a demonstrably different experience is only just beginning to bubble up.

But what is it about the experience that is so different and beginning to frustrate some of the student population?

Well the problem is multifaceted. One of the chief reasons for me is the reasonable desire for cameras to be on during online work. Unfortunately, my sentiments don’t seem to be echoed by others. The lecturers words falling both on deaf ears and blank screens. Some of us are trying to fully engage with the online experience but can’t help feeling let down. 80 other people, cameras off, seem not to be returning the favour. In my last online seminar, myself and 1 other student had our cameras on, 56 others did not. It seems obvious to me that this desire should swiftly become a demand.

The problem seeps into group work as well. The ‘zoom break-out room’ feels nothing more than a space for some students to be forced into shouldering the collective effort while others shun any responsibility – mic off, camera off. I respect that this form of education is entirely alien to the vast majority of us. Lecturers have my full sympathies but if this model of work continues then some timely re-evaluation on behalf of the University is needed to remodel how group work should be completed.

Aside from the obvious changes to the infrastructure in place to provide the teaching, significant other aspects of being a student have been altered.

One of the largest changes to the university experience this year is the minimal social interaction. Students like to have fun, it’s no great secret. Uni is a brilliant blend of long hours working, drinking too much, meeting new people and discovering things about yourself that certainly would have remained hidden if you were never afforded the possibility of letting them free. University is that possibility.

I feel a lot of students, myself included, are struggling with the reality that meeting new people is confined to an online call where only 1 person can speak at once. This isn’t a genuine social meeting. Taking it in turns to listen to one person and accidently speaking over someone when you want to engage with what they’re saying. Feeling awkwardly out of place sitting alone in a dimly lit room at night trying to chat to other similarly fed-up people. The worst part is that this doesn’t look likely to change at all soon. We have resigned ourselves to the reality that we will be denied the opportunity to have ‘the student experience’.

And then there’s the guilt. A sobering realisation that what do we have to complain about? We’re not dead. We haven’t lost our jobs. If anything we’re in one of the most economically stable positions we could be in as students. Why should we feel upset and bitter when things could be worse?

I realised during the summer that just because things could be worse does not minimise the way I am feeling. I think this translates to everyone. We are still allowed to grieve for a life we wanted without trampling on the problems of others. It doesn’t make us bad people. Understanding that truth just makes us empathetic and in a better position to engage with those around us who, I guarantee, will be feeling the same. You are not automatically a self-centred and callous child who hasn’t got their way when you lament a uni life that you don’t have any more, and in the position of first years, never did. Listen to your feelings and don’t apologise for them.

I’ve been back in Liverpool for just over a month and I’m already getting a sense of what’s to come. I’m enjoying the prospect of looking back over these entries in the future when, Covid-19 feels like a bad dream. For now, I’m going to keep taking time to look after myself and would ask the same of you. Nothing is normal and won’t be for a while. Like me, take some comfort in the prospect that right now while we are losing control of our civil liberties, we are saving lives.