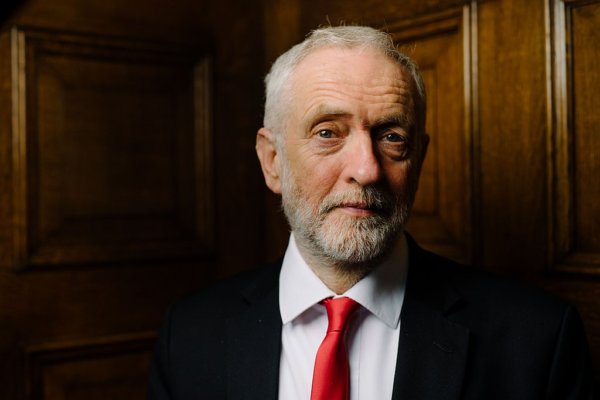 Labour suspend Jeremy Corbyn. What does this mean for the future of the Labour Party?

Jeremy Corbyn joined the Labour party as an ambitious and morally concrete 16-year-old some 55 years ago. Since then has been vocal on a plethora of issues from gay rights to the war in Iraq. To laws promoting equality and human rights and increased EU integration. His voting record, a document freely available for anyone to read, shows a lifelong dedication to a number of social issues and a commitment to bettering the world as he sees it. But on the 31stOctober 2020, following the release of the Equality and Human Rights Commission’s (EHRC) 130-page report into antisemitism in the Labour Party, Corbyn was suspended, pending an investigation.

This is the second high-profile action taken against members of the Party. This follows now Labour Leader, Keir Starmer’s statement that “antisemitism has been a stain on our Party”. The first being the sacking of Rebecca Long-Bailey in June 2020. Long-Bailey shared an article claiming that the tactics used by American Police in the unjust killing of George Floyd were learnt from “seminars with Israeli secret services”. Starmer believed, in sharing this article, Long-Bailey did nothing to stem the flow of antisemitic reports against members of the Party. He subsequently asked her to resign.

Since Corbyn’s appointment as its in 2016, the Labour Party has been plagued by a number of accusations of antisemitism. The report (by the EHRC) forms the basis of his suspension. It focuses on 70 of these complaints and aims to decide whether or not the Labour Party broke the Equality Act 2010 and were either directly or indirectly discriminatory on the basis of race and religion.

The Labour Party was also accused of harassment. In this case, the “unwanted conduct related to race, which has the purpose or effect of violating a person’s dignity or creates an intimidating environment”. The investigation found instances of harassment enacted by agents of the Labour Party. Agents meaning those being not officially employed by the Party but acting on behalf of it.

The first examples of harassment identified by the report were committed by Ken Livingstone and Pam Bromley. Bromley, through a Facebook post, referred to Jewish members of the Labour Party as being a ‘fifth column’. This insinuates that they were a clandestine group looking to undermine the party from within. Bromley was expelled from the Labour Party in February 2020.

Livingstone publicly defended Labour MP Naz Shah who posted, again on Facebook, a graphic suggesting Israel be relocated to the USA. He consistently denied that the post was antisemitic and suggested that the backlash Naz Shah was receiving was part of a smear campaign by ‘the Israel lobby’ in an attempt to undermine Corbyn’s leadership. Livingstone chose that hill to die on, and die he did with his resignation from the Party in May 2018.

The EHRC determined Livingstone may have allowed Jewish members to be targeted as “deliberately making up allegations of antisemitism”. His actions also ignore “legitimate and genuine complaints of antisemitism within the Party”. These actions only serve to further alienate a population who not only have raised concerning points against the Labour Party but who have also been the focus of seemingly systematic discrimination.

As well as the two legal infringements of the Equality Act made by the Labour Party (identified above), the EHRC also found 18 borderline harassment cases from a sample of 70 investigated. In these cases, the report concluded that there was harassment committed. There was, however, insufficient evidence for which the Labour Party could be held responsible. For instance, Labour cannot be held responsible for an individual’s social media account that is perpetuating antisemitic views. This is even if they are tertiarily related to them.

The EHRC raised some chief concerns in its foreword. As well as the fairly damning evidence of discrimination and harassment, “equally of concern was a lack of leadership within the Labour Party on these issues”. There is plenty of criticism from both the Left and the Right being levelled at Corbyn for not acting more decisively in response to mounting allegations throughout his tenure.

As a member of the Labour Party, I voted for Corbyn in the 2019 election. I can also speak first-hand as to the frustration with the indecisive leadership and the ability of the Conservatives to gain more public favour from the unfolding PR crisis within the Party. The Tories suffered their own share of PR meltdowns in the weeks and months leading up to the election. It seemed there was a real feeling that if ever there was a chance to evict the Blue from Downing Street it would be then. Corbyn’s inability to effectively combat real and genuine issues within his Party was one of the pieces of the political jigsaw that saw him lose the election by 162 seats.

The EHRC’s report, in chapter 6, highlights significant failures within the Labour Party’s complaints process. It doesn’t seem too much of a stretch, when comparing Ken Livingstone’s reaction to antisemitism complaints with those of the Party as a whole, to say that perhaps the Labour Party echoed Livingstone’s sentiments that antisemitic complaints were merely part of a larger ‘smear campaign’. They didn’t do their due diligence to ensure complaints were dealt with professionally and appropriately.

Starmer identified rooting out antisemitism in the Labour Party as his chief priority upon being named leader of the Opposition. He was clearly cognisant of the damage the allegations had done to the reputation of the Party. He must feel that the best way to repair the fractured relationship was to operate a zero-tolerance policy to any antisemitic rhetoric being touted, regardless of their prestige or status within the Party.

Based on this decision, it was clear that Corbyn’s position within the Party became untenable. His suspension is another in a line of strict measures imposed by Starmer to cement his stamp on the Party.

The final nail in Corbyn’s coffin came from his response to the EHRC’s report. Corbyn claimed the scale of antisemitism within the Labour Party had been “dramatically overstated” by his critics. Not dissimilar to Livingstone’s response, Corbyn, by the law highlighted in the EHRC’s report would be guilty of downplaying antisemitism in the Party and contributing to the alienation of Jewish Labour Party members. He essentially made Keir Starmer’s decision for him.

What does this mean for the future?

It stands to reason that Keir Starmer will continue to operate his zero-tolerance policy towards antisemitism. Corbyn’s suspension has been the highest profile decision made by Starmer in his tenure as Labour Leader. The fallout of it won’t be felt until the political waters have calmed somewhat. Many of Corbyn’s prominent front bench supporters have criticised Starmer believing the punishment to be too harsh. There are sections of his social media followers claiming the decision is Labour’s way of trying to “eradicate the left”.

Boris Johnson’s part in all of this

Many Twitter users are likening Jeremy Corbyn’s situation to comments made by Prime Minister Boris Johnson in the past. Johnson has referred to black people as having “watermelon smiles”, a statement which he later claimed was “deeply satirical”. This doesn’t strike me as sincere apology, or even an apology at all. Following the resignation of former Labour cabinet minister Peter Mandelson, Johnson wrote homophobic slurs in his Spectator column, labelling gay men “tank-topped bumboys” and likening gay weddings to marrying a dog. Despite this, Johnson has been elevated to the highest office in the country. The frustration of staunch Corbyn fans is understandable. One Leader has been left in disgrace and the other is the most powerful man in the country.

But that doesn’t make Corbyn’s comments right. Starmer has to be seen to be making decisive action. His Labour Party has to build on the failures of their predecessors. Corbyn may have been an idealist, a champion of social reform but Labour were humiliated by the Tories. Tax reform isn’t sexy enough, nationalisation has too many furrowed brows in a neo-liberal world. Policy that may have been seen as heartfelt and necessary was met with distrust and disdain by the electorate. If Labour want to have a chance of power in 2024, the structure of the Party will need to change. Keir Starmer’s long road to Number 10 starts with making tough decisions. He has proven he is willing to do so.