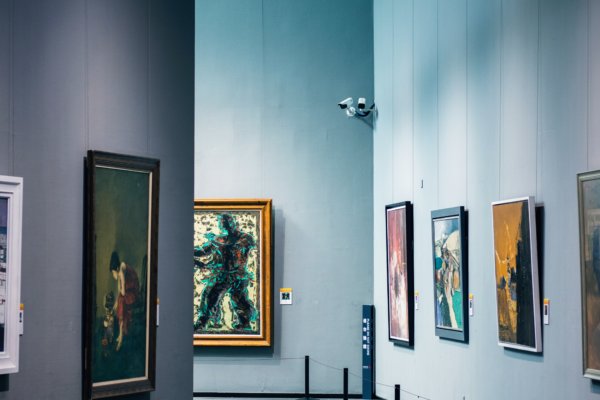 A Brief Introduction to Arts and Culture in Liverpool

From Beryl Bainbridge to the Beatles, Liverpool has been the epicentre for genre defining creatives for hundreds of years. The city of Liverpool has an extremely broad and rich cultural history, preserved and displayed through a wide variety of institutions. The city has the second-highest number of art galleries, national museums, listed buildings, and listed parks in the UK with only London boasting more.

Museums are great places to immerse yourself in the past and learn about different cultures for free (excluding special exhibits). Liverpool is home to the World Museum which holds collections covering archaeology, ethnology and the natural and physical sciences. The World Museum’s World Culture gallery is a must-see for anyone interested in African, South American, Asian and Oceanian cultures and the exchange of ideas and objects between them and Europe.

For a more Liverpool-centric museum experience, the Museum of Liverpool has you covered. The MoL is solely dedicated to representing Liverpool’s incredible history with amazing exhibits that examine the city’s influence on popular culture as well as social, historical and contemporary issues local to the region.

Galleries are another great way to appreciate art and learn about different cultures. The Walker Art Gallery houses one of the largest art collections in England (outside London) making it a great place to spend the day engaging with work from the 13th century to the present day. Beautiful paintings, sculptures, and decorative art with amazing exhibits such as the Linda McCartney Retrospective which showcases her iconic photography from the 1960s’ music scene onwards.

The Open Eye Gallery is a photography gallery and archive, known for its innovative and unique exhibitions. With an extensive archive specialising in work created around the Liverpool area and exhibits featuring thought-provoking work from unsung talents, it’s a must-see and a personal favourite of mine.

Liverpool is also home to one of the four Tate galleries. Tate Liverpool is host to a large collection of British and International modern and contemporary art ranging from the work of Salvador Dalí to Andy Warhol, a very worthwhile visit. Other rewarding visits include: The Bluecoat Gallery, The Exhibition Research Centre and Lady Lever Art Gallery.

There are a multitude of cinemas around the Liverpool area including well known franchises like ODEON, Vue and Everyman. More avid film fans might be interested in Showcase Cinemas Liverpool and Picturehouse At FACT, both of which frequently show lesser-known or older films that you won’t get to see on the big screen anywhere else. For example, Picturehouse At FACT is currently showing the incredible 1995 French drama film, La Haine.

Liverpool also has plenty of theatres and concert halls such as the Empire Theatre and Everyman for you to see the latest productions at. With all this to see and more, Liverpool is the perfect location for expanding your creative horizons and learning about different cultures.

Feature Image by: 冬城 on Unsplash