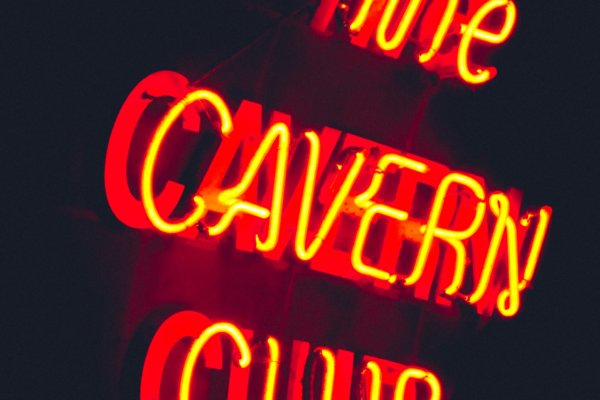 An Introduction To Liverpool’s Music Scene in 2020

Whether you are a student returning to Liverpool for your second or third year or a fresher making this glorious city your home for the first time, you probably don’t need me to tell you that this upcoming academic year will be a strange affair. Articles about prolonged closures of beloved venues and postponed tour dates has made for depressing and occasionally devastating reading over lockdown, so in this piece I shall refrain from dwelling upon this sadness. Instead, I seek to report on the vibrant music scene that Liverpool boasts, with the intention of giving you, the reader, some useful recommendations and also to urge you support these artists in these troubling times.

Last year I was the co-host and producer of a radio show called Liverpool Sounds on the fantastic LGSM radio platform, and despite our frequent mistakes with the various transmission equipment, we played some excellent local music in our weekly hourly slot. Through this show, I was able to learn about some wonderful artists, and this in turn made me feel more integrated in the city in general, especially as I was able to see some of them perform live. Narrowing the list of talented artists in the region to just ten for reasons of conciseness has been a mighty challenging task, but I seem to have just about managed it, so without further ado, here are the ten Liverpudlian acts I think are most worth giving a listen to.

Comprising of two members of Hooton Tennis Club, a band who were active in the middle of the 2010s, Seatbelts have curated a distinctive sound based on vibrant jangle guitar pop and post-punk elements. A slew of excellent singles in 2018-2019 made them an act to look out for, with the highlight being ‘Spanish Songs’ released in 2019 and included on the ‘Please Slow Down EP’. This fun and vivacious song is wonderfully catchy and features a second verse sang in Spanish, an unexpected quirk which serves to enhance the listening experience tenfold. On 21st August this year Seatbelts released a fine EP entitled ‘Edwyn’ which incorporated elements of new wave into their sound which appears to be forever evolving for the better.

No one quite encapsulates the scouse spirit as well as Zuzu. Her indie rock sound is punctuated by a strong Liverpudlian accent and clever lyrics often littered with laughter inducing wit. Capable of sounding both introspective and fierce, she is one of the most versatile young artists in the country, let alone from the Liverpool region. 2020 has seen the release of her ‘How It Feels’ EP, with the highlight being the penultimate track ‘What You Want’, which is a lively indie pop tune chronicling the chaotic and care free nature of a young relationships which sees Zuzu’s aforementioned trademark wit out in full force.

Listen to: What You Want, Get Off, All Good
For Fans Of: The Mysterines, Sports Team, Blondie

Having established themselves as staples in the Liverpool gig scene during the 2010s, Sundowners are one of the most respected and appreciated acts in the city. Successfully bringing the trippy sound of Californian 1960s psychedelia to Merseyside, (a difficult task, many have tried and failed) Sundowners have consistently managed to impress audiences and improve on their sound. However, after releasing an album in 2017 entitled ‘Cut the Master’, Sundowners have been relatively quiet releasing just one single, 2019’s ‘River Run’, since. Thankfully, this song is a magnificently trippy 3-minute psychedelic delight reminiscent of bands such as Jefferson Airplane and early Fleetwood Mac.

Listen to: River Run, The Watchful Eye, Find Out for Yourself
For Fans Of: The Coral, Jefferson Airplane, The Byrds

Far and away the biggest names to feature on this list, the Grammy nominated tech house duo CamelPhat are one of the biggest acts in the country, and they’re from Liverpool! Topping festival bills and selling out large venues has become the norm for Dave Whelan and Mike Di Scala who met in a Liverpool record shop in 2004. In recent years CamelPhat have remained productive, releasing a steady stream of collaborative singles. The highlight of these has been lockdown release ‘Hypercolour’, which features a moody feature from Foals frontman Yannis Philippakis.

Listen to: Hypercolour, Rabbit Hole
For Fans of: Solardo, Hot Since 82

Admittedly, one area that the Liverpool music scene is slightly weak on is homegrown rap artists. Thankfully, in recent years the trio Nutribe have broken the mold and deliver an alternative blend of off-key flows and traditional boom-bap hip-hop beats which successfully fill the void. Having released four songs on Spotify thus far, Nutribe have been active recently releasing the funky ‘Bludmoon’ at the beginning of June this year. The traditional brooding beat is paired with cheeky bars from the three respective members which produces highly entertaining results.

Blending jazzy guitar tones and garage rock aesthetic, Samurai Kip are one of the most unique and likeable acts in the Liverpool music scene. Based on the brotherly bond between Jamie and Michael Lindberg, the group prove to be a supremely funky listen and put on an impressive live show, with improvisation playing a key role. Thankfully, after a quiet 2019 ‘the Kip’ have returned with two singles so far this year in ‘Smoke’ and ‘Daybreak’. The highlight in their discography remains the 2017 single ‘Ode to Moonlight’, a multi-phased 8-minute delight which manages to end far too quickly.

An established favourite of my aforementioned weekly radio show last year, Hannah’s Little Sister make wonderfully frank songs about the trepidation of entering adulthood. With a lyrical output similar in wit to Zuzu, Hannah’s Little Sister deliver their songs with a more punk-infused edge which makes for a slightly more visceral listening experience. The band have taken to promoting recent release ‘Bin Mouth’ in 2020, but 2018’s ‘20’ remains the key track in their discovery. This is a wonderfully funny and relatable track detailing the difficulties and personal troubles surrounding those around the age mentioned in the title and is a must listen for local university students.

Forming in 2010, over the past decade synth pop Stealing Sheep have been innovative and experimental with their sound making them truly stand out in the scene. Incorporating drum machines and analogue synths into their sound in 2019’s album ‘Big Wows’, the three women in Stealing Sheep have progressed and matured their sound magnificently from their guitar-driven folky debut album in 2011. The consistent trio show no signs of relenting either, releasing the groovy house inspired ‘Barracuda’ in August of this year.

Listen to: Apparition, Barracuda, Back in Time
For Fans of: The Orielles, HAIM, New Order

Brilliantly describing their style as ‘Gypsy Scouse Surf’, the Shipbuilders draw from a wide variety of influences to create a sound that harks back to the scenes of Liverpool’s past, such as jangle rock and britpop. Releasing three strong singles since 2016’s ‘Something in the Water’ EP and doing plenty of live shows (remember live shows?), the four piece have established themselves in the scene as wonderfully lively characters both on and off the stage. The highlight of their discography remains 2018’s single ‘Fault Line’ which features a wonderful horn line and a groovy guitar sequence with strong lead vocals.

Listen to: Fault Line, Silk Road, Feeling the Road
For Fans of: The Vryll Society, The La’s, The Charlatans

Last but by no means least is the allusive Professor Yaffle, an artist specialising in psychedelic folk music. Making music that is spiritual and emotive, the group rarely gig and therefore not an awful lot is known of them personally, but the beloved group have announced the release of an album ‘Moments of Clarity’ on CD on Friday 2nd October and on all platforms on Friday 9th October. This follows 2019’s ‘A Brand New Morning’, a truly fantastically groovy and trippy hour-long experience which indicated the band taking a more prolific turn, producing consistent albums. Professor Yaffle may well be the ones to save 2020, and who would have thought it?

Listen to: Outside Looking In, Sometimes, A New Vibration – The Supersonic Scientist Sound
For Fans of: Shack, Cream, Love

And so alas the list comes to an end, I hope it has proved to be as enjoyable for you to read as it has been for me to compile. If you are new to Liverpool, you’ll quickly find that it has vast amounts to offer musically, and hopefully this is an adequate introduction to a scene that I have found to be thriving, unique and perhaps most importantly, incredibly welcoming. I shall end this piece with a plea to support these musicians in these troublesome times. Go to socially distanced music venues while you still can this year and if you can, do buy some of music from these wonderful artists. Liverpool’s music scene needs you!