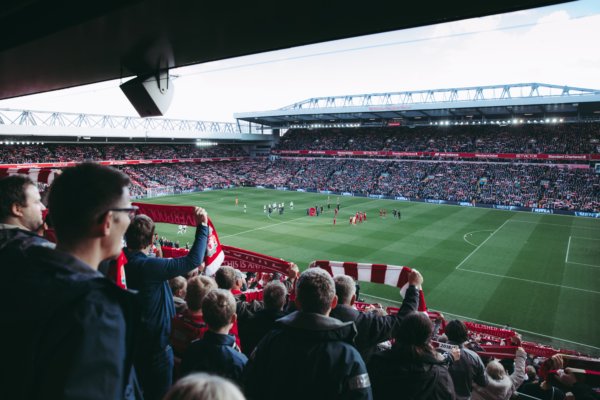 Why Liverpool F.C. are laudable off the pitch as well as on it

’30 years of hurt’ are finally over (if you’re not counting the two European Cups, three FA Cups, three League Cups, three UEFA Super Cups, and a Club World Cup won in the meantime).

This is a time of elation for Liverpool fans old and young, local and international. But, I’m not writing this to enthuse about gegenpressing, offensive full-backs or any of the wonderful things that you can see while watching Jurgen Klopp’s Liverpool play. I want to talk about the club as an institution.

Founded in 1892, the club has been a fundamental part of the city’s heritage and community (alongside, it should be noted, their older neighbours Everton). The self-described socialist, Bill Shankly, lifted it into the elite of the English game. It conquered all of Europe in the 1980s, making the city proud at a time of deprivation. Most notable of all, it stood (and continues to stand) in solidarity with the families of Hillsborough victims in their search for justice for the 96.

Today, in the era of Premier League millions, the slogan ‘You’ll Never Walk Alone’ can seem an empty phrase. Just another marketing opportunity. The club, one of the richest in the world, is after all a business.

But, this does not mean that fans have no power. When ticket prices were due to be raised and many working-class fans to be priced out, the fans demonstrated and the club responded. This year when non-playing staff were placed on furlough, fans spoke out and it was reversed.

Which brings me on to the team itself. Jordan Henderson, on-pitch captain and all-round good guy, organised a coronavirus fund to help the NHS. The LFC Foundation launched an emergency foodbank appeal at the start of the crisis. The whole squad have been vocal in their support of the Black Lives Matter movement since the beginning. Finally, at a time when positive representation matters, this current Liverpool squad is admirable. You need not look any further than the way fans took to Mohamed Salah:

“If he scores another few than I’ll be Muslim too.”

Rival fans will always find ways to have a dig at Liverpool, and that’s just a fact of sport. But, out of all the inevitable noise that surrounds this remarkable success, some lessons are clear: