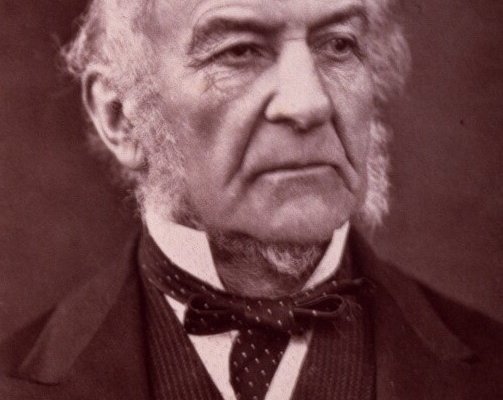 There’s Backlash In Liverpool – And I’m Backing It

In early 2018, the students of the University of Liverpool cast a vote in favour of keeping the name of Gladstone Hall, situated in Greenbank Student Village.

In May 2020, the university announced their decision to remove the name of our Liverpool-born, four-time Prime Minister.

In itself, this sounds like such a minor issue, perhaps made a little more complicated by the recent targeting of public statues in solidarity with a movement sparked by the death of George Floyd. However, the issue of Gladstone Hall is not one embroiled in racism or prejudice – it is one of democracy, history and understanding. And that is why a great storm of backlash has risen up via the #SaveGladstone campaign, whose petition has managed to achieve over 1500 signatures this past week.

The action that set the wheels in motion was a letter by Joe Jones to the university, on the issue whereby “Gladstone was the son of one of the biggest slave owners in history.” As true as this may be, many who have read this letter have started to question the legitimacy of punishing an individual for the sins of their father – especially as they have begun to discover information on the progressive goals that Gladstone brought to the forefront of British politics.

William Gladstone’s father, John Gladstone, was a plantation owner, so was directly profiting from the early 19th Century slave trade. Even knowing that he became a financial benefactor of the Parliamentary career of the abolitionist, William Roscoe, we cannot ignore the role he played in the mass defilement of human rights.

However, William Gladstone was no plantation owner, and no supporter of slavery.

It was only in Gladstone’s early career that knowledge of his father’s business was ever used to accuse him of supporting slavery. Yet, even today, many accuse him of this. As demonstrated in one of our recent opinion pieces, the main criticism that we give to Gladstone himself is this: his support for providing compensation to plantation owners in return for the freedom of slaves. But on this, you must ask yourself, how else would greedy, heartless slave owners be persuaded to agree not to fight the abolition of something as disgustingly profitable as slavery? How else would parliament, many of whom profited from the trade, have finally agreed to favour abolition?

I’m certainly not saying that plantation owners deserved to be ‘reimbursed’, and I don’t believe that Gladstone would have either. Without providing a form of compensation, it may have taken years more of in-fighting and politics before freedom was finally granted to slaves desperate for the freedom to be viewed as human. Admittedly, this wasn’t something that I initially thought about until I began talking to various BAME members of staff on the topic, using their perspectives to examine the hypotheticals of a world in which no payments had been given.

As for association with slavery through his father, the only thing I can say to this is that Gladstone is recorded throughout his career to have stood against the slave trade morally, religiously and politically. This is evident when, in 1832, he stated that slavery should be abolished:

“…with the utmost speed that prudence will permit, we shall arrive at that exceedingly desired consummation, the utter extinction of slavery”.

Historian Roland Quinault even noted Gladstone to have dedicated more time to the issue of slavery than any other. After all, documents show that his only doubt pertaining to the enactment of abolition was over any threat to the security of the rights and jobs of freed workers, post-abolition.

Now, these mitigatory facts may be all well and good, but what betterments did Gladstone actually bring? Well, during his time in power, he is known for his role with the Secret Ballot Act, Universal Schooling, and attempts to pass Irish Home Rule. Whether you know of these reforms or not, you should understand that he brought more progressive changes to Britain than any other in modern history, even getting dubbed ‘The People’s William’ by the British working class. He was a man who supported the dockworkers’ strikes and spoke out against the cruelty of workhouses. He was a man who dedicated his early career to the 1843 Coalwhippers Act – a bill that paved the way for workers rights through to the present day. And, most of all, he was a man who showed how to do good, rather than dwell in the shadow of his family’s immoral deeds: one who saw that an increase in the rights and economic agency of the poor and oppressed was how to make the change towards equality.

It was through this vision that he attempted to unite the public in what freedom he could provide whilst constrained by the many stubborn elites that existed as 19th Century landowners. William Ewart Gladstone is truly the sort of figure who can stand proudly as a symbol of Liverpool’s capability and influence from the neglected north.

I am happy to let Rhodes fall.

I am very happy to let Churchill’s image dwell in dusty museums.

Not a chance in hell.

Returning to the call to change the name of Gladstone Hall, the aforementioned letter stated, “a lot of people didn’t even know who Gladstone is, which is just normalising his name and legacy.” This is quite an interesting statement, considering that William Gladstone was an effector of positive change. After all, Dr David Jeffery of the university’s politics department argues that we should not just normalise Gladstone’s legacy, but celebrate him as a symbol of progress. Whether you would go so far as to agree with that claim or not, Joe Jones’ appeal to the university points out an important issue that both sides of this debate can recognise – residents of Greenbank Student Village are not aware of the life or deeds of William Gladstone, let alone his familial connection to slavery.

In fact, the 2018 student referendum resulted in the conclusion that the Liverpool Guild of Students would petition the university to put up an informative plaque for this purpose. Unfortunately, this small thing happens to be something that the Guild Officers failed to do. They failed to encourage the university to buy an inexpensive and educational piece of metal that would have stopped current events from happening. Perhaps I am being a little harsh, but the alternative means that we have allowed the university to manage getting away with showing solidarity through a tokenistic name change, rather than by actually creating genuine improvements for the lives of student minorities. This is something that both James Craig, founder of the Save Gladstone group, and Tinaye Mapako, campaigner for the rename, seemed to agree upon in their discussion led by Charlie Millward on 12th June.

Much of the above information has contributed to the creation of #SaveGladstone, which has recently put forward a formal press release pertaining to the information on their cause. However, there are many sides and complications to this matter, so, with the above context, it is now time for you to take everything into account and form your own opinions.

Should we punish a son for the sins of his father?

Should we value the blind destruction of false history, or should we celebrate liberal progress and tear down the true figures of past injustice?

Should we focus on creating real change for minority rights, or should Gladstone Hall be renamed?