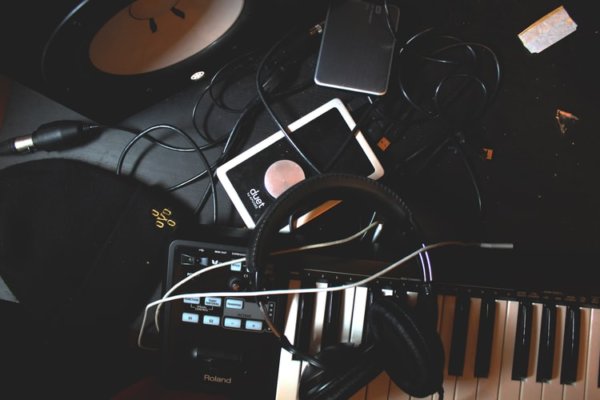 Since I’ve been listening to BBC Radio One repeatedly whilst I’ve been in lockdown, it wasn’t long before I noticed that a lot of the current songs in the Official UK Top 40 Chart make references to the pandemic. However, in the world of music, it is not just language that is constantly changing and updating according to the times but song videos too. Many songs that have been recently released are accompanied by fan upload style videos in lieu of artists being able to film with big production teams. Despite the improvised music sets, this ‘reversion’ has not necessarily been a backwards step as it has instead encouraged more people to be involved in the music-making process.

In response to the COVID-19 situation, Twenty One Pilots decided to record not just one but two at home music videos for their recent single Level of Concern. Both follow the same main plot whereby the duo have to resort to mailing out a pen drive to share their film footage with each other, since they’re living separately during lockdown. In the second video, released on 22nd June, the band goes one step further in order to connect with their fans. Additionally, it includes a subplot narrative of their various fans submitting their own film footage, as they have been invited to send in meaningful snapshots of their lives. This has resulted in an innovative “never-ending” music video, linked below.

A montage of people dancing and spending time with family members and pets is on a constant loop that is continually changing which ensures that as many people can be a part of the video as possible. Despite the fact that involving fans in videos is not a new concept, (think back to the 2011 music video of Instagram pictures for Wetsuit by The Vaccines), it is a current trend, and one that hopefully sticks around for it has successfully brought more people together.

Another notable mention on the subject of current music is Charli XCX. The singer set herself the challenge of recording an entire album in just over a month whilst in lockdown. Whilst she was producing How I’m Feeling Now, she openly shared her experiences of the writing process such as by posting drafts of her songs on social media. She even encouraged the public to be even more involved by giving feedback and having creative input by designing its artwork. Charli chose to turn one of the songs, Forever, into a fan video, stringing together snapshots of people at home and interspersing them with short clips of loved ones together. By grouping clips into different categories, such as those taken in indoor versus outdoor locations, this unites separated people together as it shows everyone doing similar things even when being apart.

Similarly, Stuck with U by Ariana Grande and Justin Bieber is another isolation-inspired song which topped the charts soon after its release last month. In the same strain as the main chorus line in Forever, ‘I’ll love you Forever, / Even when we’re not together’, Stuck with U also explores the theme of relationships. The accompanying video portrays love in its different forms, which vary from love for ourselves, romantic love for a boyfriend/girlfriend and, last but not certainly not least, love for our pets. The PicCollage-esque style video shows people dancing to the song’s steady beat, a reminder to try and slow down and take it easy during a difficult time.

Unlike the at-home fan videos mentioned above, The Magic Gang takes a different meaning of the word ‘fan’ in their lockdown music video for their new song Take Back the Track. Georgina Cammalleri remotely directs the video which also sees the band members attempting their own remote filming. They repeatedly stop and start their online band rehearsal when a mysterious user hacks into their Zoom call, a fear many of us may have felt since the recent surge in using online video calling platforms!

This uplifting track makes light of a serious subject as exemplified when the video leads onto the band joining a random chat and being otherwise pleasantly surprised by a dance troupe! It may not be considered as much of a collaboration between the band and their followers, but it is still involving as the final dance sequence does actually, admittedly or not, make you want to upload your own version onto TikTok.

Overall, the different music videos that are currently being recorded whilst in lockdown may be slightly ad-hoc and unpolished but, most importantly, they have been successful in bringing separated fans together. With tours put on hold for the time being, at least we’ve got new music like this to keep us going.