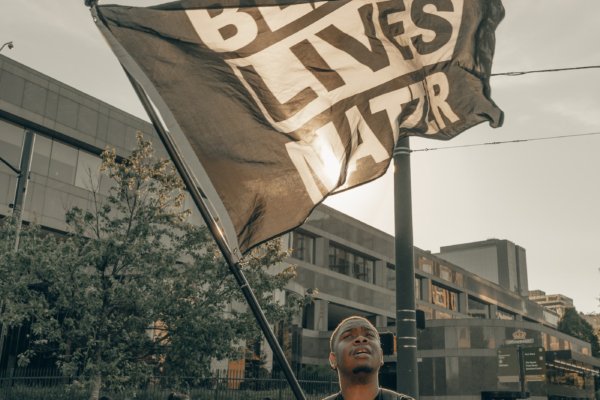 On Monday 25th May, the world was shocked as a video emerged of a white police officer kneeling on George Floyds neck. As Floyd struggled to breathe and begged for mercy, the officer in question showed no intention of removing his grip, and eventually George Floyd died.

George Floyd was a 46 year old black man. He was a son, a brother, a father and a friend. But in nine minutes, all of that was taken away from him. A life stolen, all over a counterfeit $20 bill.

Unfortunately, this is not an incident in isolation.

Eric Garner, Michael Brown, Lacquan McDonald, Tamir Rice and Freddie Gray are just a few names of Black men who have suffered death at the hands of white police officers.

The first thought that may cross your mind is why? Why must so many suffer so much brutally as a result of their skin colour? Why should a black person take extra precaution crossing the road, when their white counterpart can walk worry free?

I am not going to sit here and say I understand, because I don’t. I will never be able to understand the anger, worry and trauma black people go though, and likewise many of us can’t say we can.

But what we can do is educate ourselves.

Education is one of the most powerful and vital tools we can use. Yes, we can empathise and post our sentiments on social media, but we will never understand the pain, the hurt, the anger and the trauma black people go through. We must educate not only ourselves, but our younger generations on the histories of our past, however gruesome they may be, in order to establish what is right and what is wrong.

Below is a list of written and visual works that you may find useful in your quest for education;

Natives: Race and Class in the Ruins of Empire – Akala

Having read this book, I can assure you it is an absolutely brilliant read. Akala offers his own first-hand account as a mixed race man. From growing up unsure of his own identity, to recounting his own experiences with the police and racist teachers, this book offers an investigation of how the past has shaped the future and they have affected Akala’s own life.

This critically acclaimed book looks into the political aspect and purpose of white dominance, the growth of institutionalised racism, and the refusal of many to accept that in the 21st century, racism is still indeed a thing.

Me and White Supremacy: How to Recognise Your Privilege, Combat Racism and Change the World – Layla F Saad

This book grew from the Instagram Challenge, #MeAndWhiteSupremacy, in which many were encouraged to share and discuss their own experiences with racism. Me and White Supremacy, explores the historical and political aspects of racism, as well as changing the way in which we discuss institutionalised racism.

The 13th is a Netflix Original documentary directed by Ava DuVernay. This is an absolute must watch. Named after the Thirteenth Amendment which abolished slavery in America, this documentary explores how in a way slavery still exists via criminalising behaviour, and increased rights given to police. The documentary examines the business-like model of US prisons, and the mass imprisonment of people of colour in the US.

Netflix has made the full documentary available to watch for free on YouTube;

This discussion is absolutely amazing, and offers a powerful insight into the history of BAME minorities. Akala explores the distortion and glorification of the past, which has inevitably shaped the way many think and act today. He also touches on his personal experiences growing up, and looks at ways in which we can educate the future generation.

Alongside educating ourselves, it is also paramount that we show our support to the amazing organisations that strive to support those affected by racism and oppression, as well as providing education and resources to those who cannot access it.

Below is a list of both US and UK based organisations that strive to support and protect black and minority lives;

SARI – Stand Against Racism and Inequality

SARI was founded in 1988, and provides a community based support service to minority groups who have been affected by racism and hate. The organisation aims to not only support victims of hate crime, but also to provide education and resources to pupils and school staff.

You can find out more about SARI here

The Stephen Lawrence Charitable Trust was set up in response to the racially motivated murder of Stephen Lawrence in 1993. The trust believes in tackling inequality of access and opportunity, in particular for those of BAME backgrounds, by developing and nurturing their talent, in order to help them achieve their goals and aspirations.

The Runnymede Trust, is the UK’s leading independent race equality think tank. Through generating research, leading debates and engaging in policy engagement, Runnymede is striving to create a Britain in which everyone feels valued and is able to access equal opportunities.

You can find out more about the Runnymede Trust here

Black Lives Matter was set up in 2013 in response to the acquittal of Trayvon Martin’s murderer. The organisation believes in combatting violence, and creating innovative spaces for black imagination, as well as fighting for justice on behalf of black people.

You can find out more about Black Lives Matter here

The Minnesota Freedom Fund aims to provide legal advice, support and bail bonds to those in jail. In particular, they are striving to help release those who have been imprisoned as a result of rioting in response to the murder of George Floyd.

You can find out more about the Minnesota Freedom Fund here

What else can I do to help?

Other than educating yourself on the matter, be sure to sign all the petitions that strive to make a change in our society, and donate to funds that support protesters at this time.

The ‘Justice for George Floyd’ is the biggest in change.org’s history – proving that with the support of everyone worldwide, we can make a change in our society and bring key issues to the center of conversations for all. The petition has over 13 million signatures and there is still more do to – have you signed yet? If not, sign here.

Follow the link to find extra information and guidance on how to support this cause further, along with vital links to petitions.