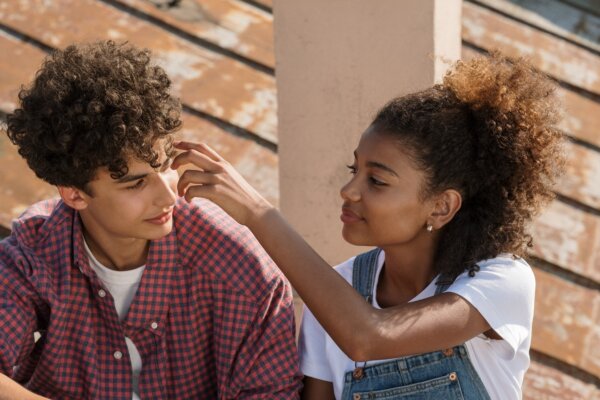 Normal People: The 12-part BBC drama that’s taking over our social media (or mine at least)! But why? What makes this teenage romance any different to all the rest? Here are 4 themes which were handled beautifully throughout this incredibly moving series, making it so unique.

The Portrayal of the Teenage Years

As an avid reader of YA fiction, I could name many novels that treat teenage relationships with maturity and respect. What I perhaps couldn’t name as many of, however, are TV series or films which do the same. There tends to be a cliché that comes with teen relationships portrayed on screen. Cringy, awkward sex scenes and lots of overly emotional girl vs emotionally unattached boy moments. Thank God for Lenny Abrahamson and Hettie Macdonald, directors of Normal People!

This TV adaptation of Sally Rooney’s novel handles Irish Marianne and Connell’s relationship with the respect that teenage romance deserves. From the bravery of telling somebody how you really feel, to the never-ending pressure from your closest friends to fit in. The bombardment of feeling 100 different emotions that you’ve never had to deal with before. The heartbreak of having to start the next chapter of your life whilst leaving certain people behind.

Normal People perfectly depicts how teenage life is not as easy as relatives like to tell us that it is. Instead, it refrains from belittling the emotional struggle that all teens face. It contradicts the age-old “you think you have it hard”s.

Normal People has been dubbed by the Mail Online as…

“the raunchiest show to EVER air on the BBC”.

This comes after its total minutes of sex-scenes were calculated to stand at a whopping 41. However, Normal People doesn’t give us those tiring portrayals of men getting more out of sex than women. Instead, Marianne (played by Daisy-Edgar Jones) is treated by Connell (Paul Mescal) with compassion and communication, and the respect that we all deserve.

Normal People also addresses the horrific fact of suicide being the biggest killer of males aged under 45 in the UK. The series doesn’t shy away from exploring this, and we see Connell openly discussing his depression with Marianne as well as a counsellor. In the fight to end the stigma surrounding mental health, I hope that we’ll see more on-screen depictions of men discussing their feelings, showing that it is perfectly okay to do so.

The differences in class between Connell and Marianne are evident throughout their story. For example, stark comparisons can be made between both their family homes and their university accommodation. Connell must work on the side to afford his shared bedroom, whilst Marianne resides in a family-owned apartment. We see Connell’s need, not want, for a university scholarship that enables him to continue his studies. And we see the dangerous, outdated opinion that less income yields less intelligence.

Normal People works hard to abolish these stereotypes however. For example, Connell’s obtaining of a place on a writing course in New York demonstrates just this.

This portrayal should serve as a reminder to us all that you never quite know what somebody is going through at home. It acts as a prompt to always treat people with kindness.

If you’ve reached the end of this without having watched Normal People yet, hopefully you’ve been persuaded to do so! All 12 episodes can be found on BBC iPlayer. I’m not one for re-watching series that I’ve seen before, but I think Normal People will reverse this trend of mine.

If you’re experiencing the similar kinds of pain or abuse that Connell and Marianne do, discussed in this article, you can visit the following websites. Do not suffer in silence.