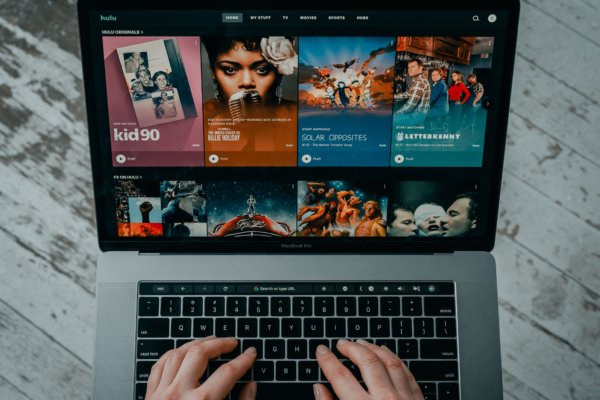 Why Normal People is exactly what we needed in lockdown…

…and how your new obsession doesn’t have to end with the series.

We’ve now been in lockdown for two months, and I don’t know about you, but I feel like I’ve exhausted every lockdown trend there is. I’ve tried dying my hair many, many different colours; I’ve bought a 1000-piece puzzle; and I’ve attempted to get into running on numerous occasions. But somehow, I still have loads of time on my hands.

Then a miracle occurred! Okay, maybe not quite a miracle; more BBC releasing Normal People on iPlayer, like an intricate, heartfelt gift to anyone who’s ever been young; in love; or both.

Based on Sally Rooney’s novel, the series follows Marianne (played by Daisy Edgar-Jones) and Connell (Played by Paul Mescal), as they fall in love, and try to navigate their complicated on-off relationship throughout school and college.

The way I see it, Normal People isn’t just a series. Oh no, no. It’s a new obsession to help me get through at least the next month of lockdown. Not to be dramatic… but, I think it might have just saved my lockdown! From the various social media responses to the Obsessed with Normal People podcast, it’s fair to say that the actual series is just the surface of a whole new world for me.

One of the first things I did as soon as I started Normal People, was order the book. Now, I’m usually a “read before you watch” kind of gal… but this time, I am really looking forward to reading the book and having the image of the series in my head. I know already if it’s anywhere near as beautifully written as it was played onscreen, I’m going to need a few boxes of tissues! If you also want to read the book behind the series, you can purchase it online from Waterstones and relive Marianne and Connell’s love story.

In this new lockdown era, it seems like there’s a podcast for everything! It wasn’t really until now that I realised just how much I appreciate a good podcast. If you’re having a productive “sort your life out” sort of day, there’s nothing like a good podcast to accompany you in this.

After getting over the heartbreak that I’d actually finished watching Normal People, I stumbled across the “Obsessed with Normal People podcast” from BBC Sounds. The podcast basically consists of hosts, Evanna Lynch and Riyadh Khalaf chatting in-depth about the entirety of the series. They then go on to discuss the sex scenes with Alix Fox, and representation of mental health with Scarlett Curtis, before chatting with THE Connell and Marianne about the series. The Obsessed with Normal People podcast can be found on Spotify or BBC iPlayer and is a must-listen to help you pass some time in lockdown.

One thing that is thriving during this international pandemic, is TikTok. With everyone stuck at home, there is more time to learn the funky dances, lip-sync to some iconic T.V moments and rant about any minor inconvenience. However, a few new TikTok trends have been dominating my for you page, most of these being Normal People videos. From sketches satirising Marianne and Connell’s awkward relationship, to people confessing their love for Connell in various ways, they keep me scrolling for hours!

This one might seem a bit far-fetched, but hear me out. In the series, Connell and his friend Niall visit Marianne and her friends at her villa in Italy. Now, I don’t know whether it was just due to the current circumstances increases my wanderlust, but this villa is stunning! Aside from the drama of the episode, all I wanted was to be there with the characters in this paradise. The villa is even available on Airbnb, for £25 per night! From spending hours clicking through the pictures of the gorgeous property, I’ve already decided that I will be visiting this villa as soon as it is safe to do so – oh, to be a sophisticated gal sipping wine with her pals in the Italian sun, cycling through vineyards and lounging around the pool.

So, I urge you to drop whatever lockdown trend you’re in the middle of, and immerse yourself in the emotional and gritty world of Normal People – you won’t regret it!

Normal People is streaming now on BBC iPlayer and Hulu