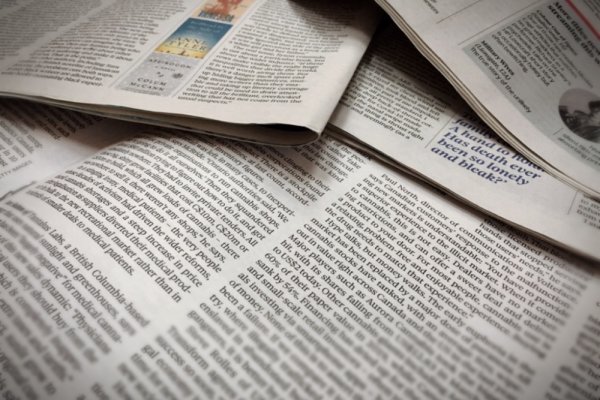 In the light of the recent interview with Dr Sophie Oliver discussing her research on the relationship between women, fashion and literature, I was interested to look further into the voices of academia and literary criticism. Not just women’s voices, but other under-represented groups such as individuals from BAME backgrounds and what impact this lack of diversity has on the wider literary landscape. To do this, I looked first to the New Generation Thinkers Scheme, speaking to the University of Liverpool’s Professor Sarah Peverley and Professor Sandeep Parmar who took part in the scheme in 2013 and 2015 respectively.

Discussing the impact of these projects on female-led research in particular, I was interested to gain an initial insight from Professor Sarah Peverley into the effects of such schemes on women’s voices in the wider public landscape of writing and broadcast journalism.

What did you think you might discover either about yourself or your research whilst working in collaboration with the BBC and the AHRC?

‘I hoped the scheme would help me develop confidence in my public voice. I wanted to be able to communicate complex ideas more effectively. Having access to the insights and experience of the BBC producers allowed me to refine the ways I present my findings and make them interesting and relevant. Writing for the public is very different to academic writing, but that doesn’t mean that academic writing can’t be accessible, or that public writing has to be dumbed down to be worthy of broadcasting. Striking a balance between accessibility and academic rigour is the most valuable skill the scheme has taught me.’

What hopes did you have for the scheme?

‘I hoped that [the scheme] would help raise the profile of my research and help to get more female voices on the air. Things are improving, but there are still far more male voices dominating our airwaves and screens. It’s encouraging to see more women than ever in the 2020 cohort.’

Speaking to Professor Sandeep Parmar regarding her time as a New Generation Thinker in 2015, she described their enthusiasm to promote women’s voices in bridging the gap between academic and public writing. She explains;

‘[The Scheme] has been really supportive of research that focuses on women: I’ve made two programmes about lesser known modernist women writers (Hope Mirrlees, for a Sunday Feature on Radio 3; Nancy Cunard for The Essay). The lives and works of brilliant but overlooked women writers make for fascinating storytelling and canon-revision.’

She notes how prominent women NGTs are in the scheme, emphasising the importance of, ‘looking again at the past and how we have remembered and valued it through mostly men’s eyes [as] academics, critics, editors and writers. [It’s] an important aspect of feminist cultural and social activism.’

Looking at the most rewarding aspect of her experience in media work, she suggests;

‘But actually, I would say that my work on British poetry and race (and inclusion in poetry reviewing) has been the most satisfying part of my media work. I co-founded a mentorship scheme for BAME poetry reviewers [The Ledbury Emerging Poetry Critics initiative] and together with twelve critics and their mentors, we’ve trebled the amount of poetry reviews by non-white writers in major newspapers and magazines […] in just over two years.’

Schemes such as Ledbury catalyse a shift the critical discussions of diversity to refine the ways in which we talk about race and inequality. As Parmar suggests, ‘the imbalance in reviewing culture [i]s fundamentally untenable.’ In the light of this, I was interested to look closer at this disparity between who is heard, and who is not. Who has access to the long-established and prestigious platforms to review work, and who does not?

In order to achieve any progress in creating a more inclusive and diverse literary landscape, it quickly becomes apparent that we need to broaden not just the writers who produce literary works to begin with, but we must also address the balance of those who critique it. Recent statistics collated by poetry reviewer Dave Coates demonstrate the striking underrepresentation of critics of colour in broadsheet and journal publications. Drawing data from 4,866 review articles from twenty-eight magazines and newspapers including The Guardian, The Poetry Review and The London Review of Books from 2011–2018, the results show that just 4.3% of reviewers and 8.1% of poets published in these major publications are from BAME backgrounds. The data collected, although limited in its scope of intersectionality, nevertheless serves to outline the ultimate lack of representation in the current culture of literary criticism.

According to a 2019 report commissioned by the University of Liverpool’s Centre for New and International Writing, the results so far from the Ledbury initiative have been positive. The report found that between 2017-2018, in the two years since the launch of the Ledbury scheme, BAME critics have been published one hundred and thirty times, equating to 8.3% of criticism written across these platforms. This figure is up from just 3.7% across the same platforms between 2011-2016.

While these statistics are encouraging, particularly given the short time span, Parmar argues that the work is far from over. In a recent report commissioned in 2019 by the University of Liverpool on the state of literary criticism, she notes how ‘There is no measurable statistical threshold for the right to be included and heard. Our collective aims are to expand the debates around poetry as an aesthetic and social form; to consider what is valued and why.’

Ultimately, there is no set benchmark, no magic number to reach. Even quantifying diversity through purely numerical statistics feels problematic. In doing so, we seem to distil the reality of inequality as experienced by real people into some kind of abstract idea. Inclusion and diversity become stock-phrase triggers, detached from their material foundations– the people, writers, poets and critics these ideas pertain to support. But how else can we quantify the sheer scope of inequality that currently exists?

To look at this in real terms, I looked to a review written by Parmar for the Guardian on Vhani Capildeo’s Forward Prize-winning Measures of Expatriation in 2016, in which she notes the relationship between writer, place and language. Capildeo, born in Trinidad and a UK resident since 1991, writes how:

‘Language is my home. It is alive other than in speech. It is beyond a thing to be carried with me. It is ineluctable, variegated and muscular.’

Capildeo’s words offer an interesting reflection on the condition of poetry criticism. The entire notion of ‘variegat[ion]’ is dependent upon variety, diversity and contrast. Without this, we are left with a blank canvas. A monotony of white space. To expand the debate, we must question not just what is critiqued, but who is allowed to critique it. To variegate the white landscape of broadsheet criticism.

Interestingly, drawing again on the research of Dave Coates, The Guardian had not published a review of a poet of colour in four hundred and forty-six days when Sandeep’s review was printed. This is exactly the kind of absence that the Ledbury initiative seeks to overcome.

However, in making space at the table in discussions of race and equality, the scheme has not been without its difficulties. In a recent discussion, Parmar explains how, ‘As a woman of colour, I would say that the special challenges of talking and writing about race are facing racism for promoting diversity. Often this can be personal, sometimes the backlash is professional and from editors that feel threatened by calls for equality and representation.’ It is clear that the campaign for greater diversity within literary criticism remains an ongoing one, tackling not just barriers from the wider public sphere, but within the internal mechanics of the industry itself.

Ultimately, there is no numerical formula for achieving diversity. How do we begin to measure ‘inclusivity’? What does it mean to be adequately represented? A voice. Access to platforms of expression. Poetry offers this, and literary criticism must catch up. Poetry is, as Sandeep suggests, ‘an aesthetic and social form.’ It both vocalises and partakes in a collective cultural conscience. It is people. It is voices. It’s a way of seeing the world and placing ourselves within it. Only if we are given a voice to do so.