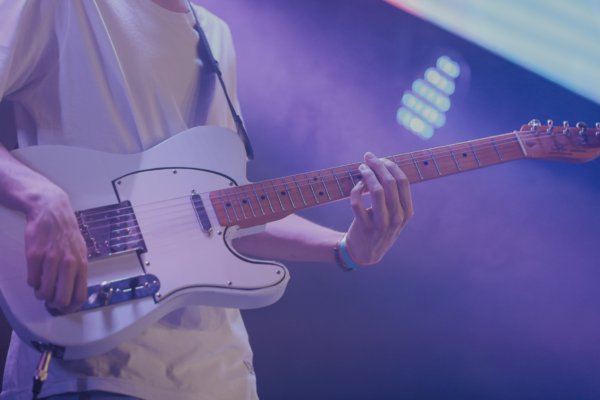 In the midst of a gig-less and festival-less summer, the most we can do now is look back at what could have been. As I result, I have curated my top ten favourite live performers from some of the best! From U2 to Lizzo, Paolo Nutini to Adele there’s something for everyone!

Once upon a time, the Brit Awards were known for their weird and wonderful collaborations. The Klaxons and Rihanna, Rudimental and Bastille, and the ever iconic combination of Florence + The Machine and Dizzee Rascal. The performance took place at the height of both artists careers, and pays homage to their respective talents. The performance begins with Rascal, rapping about the woes of the time (for context this performance took place just two years after the financial crisis, during a height of unemployment and political conflict). Out of nowhere, the goddess that is Florence Welch appears out of what can only be described as a human disco-ball, surrounded by the harp melodies of “You’ve Got The Love”. All in all, this was a totally unexpected combination, but a beautiful one at that.

Throwback to V Festival! Whilst Mr Brightside is a British favourite, I have always been a bit more partial to “Smile Like You Mean It”, and this performance is why. In a complete 360 from the original track, this iteration begins with lead singer Brandon Flowers playing the piano, accompanied by an orchestra and the acoustic strings of guitarist Dave Keuning. In traditional festival fashion, Flowers is accompanied by the crowd which brings this performance to life. As the song builds up to the bridge, so does the crowd, until finally the heavy synths and drum beats from the original track kick in, with Flowers’s powerhouse vocals and a screaming crowd.

This is another example of a reimagined classic. At the height of the rock-heavy AM era, it was absolutely amazing to see Alex Turner & Co bust out this classic accompanied by an orchestra no less! In a departure from the original, angsty tune, this variation is a lot more melancholic, and truly highlights the growth and change of the bands sound. This iteration is even more powerful, under the night sky in Worthy Farm, accompanied by the crowd.

Ah another throwback, this time in the form of the iTunes Festival! In my opinion this has to be one of the best live performances of this iconic hit. In a testament to the talent of the band this performance sounds exactly like the recorded version. However, what really sets this apart for me, is the crowd participation. As the song reaches the bridge, the band give it to the crowd who absolutely take it away, especially when accompanied by the heavy guitars.

This performance truly highlights the raw, beauty of Adele’s voice. By no means was there anything fancy about this performance. No lights, and no dancers. Just a girl, a piano and a song about heartbreak. When I watch this performance, it never fails to put a shiver down my spine. Adele’s vocals are so rich and powerful, which makes the message of the song so genuine and reminiscent.

This song is already an emotional one. But what makes this version even more emotional, is when you see Paolo Nutini look out into the crowd as they sing along. This is another one of those simple, raw performances, which just fills you with warmth and emotion. Nutini, has these amazing raspy, rich vocals, which when accompanied by his guitar is a work of pure beauty. Like Lewis Capaldi, I am wondering where Nutini has gotten off to, but until then I will just sit and cry to this beautiful, mesmerising performance.

Wow oh wow. This performance was amazing. This is the body-positive anthem which catapulted Lizzo (and Sasha the Flute!) into the limelight. This is four and a half minutes of dancing, screaming, purple sequins and Lizzo’s powerhouse tell-all vocals.

Say what you like about Coldplay, but this was one of the most heart-warming tributes to Viola Beach I saw. As they were finishing off the iconic Sunday slot on the Pyramid Stage, the band took a moment to pay homage to the young band who sadly lost their lives on tour earlier in the year. Coupled with a projection of Viola Beach’s BBC Introducing performance, the band went into an impromptu duet of the catchy “Boys That Sing”, to show the crowd, and audiences at home what could have been of the band.

Taken from the Irish Four-piece’s 13th studio album, “Every Breaking Wave”, is already a slow, melancholic song. But in this iteration, Edge forgoes the guitar for a piano, and in the midst of the darkness, lead singer Bono, showcases his powerhouse, anthemic vocals. As the lights rise to reveal an orchestra, a crescendo of violins build up with the song to reveal the rest of the band, proving that they’ve still got it.

Why perform one song, when you can perform three? The Scottish DJ took to the stage with a little help from Rag ‘n’ Bone Man, Sam Smith and Dua Lipa to sing the hits that defined the summer. Beginning with the raspy, jazzy tones of Rag ‘n’ Bone man singing “Giant”, the medley effortlessly transitioned with Sam Smith’s angelic vocals singing (what I assume will be soon considered a club classic), “Promises”. The performance was finished off with Dua Lipa and “One Kiss, which definitely upped the retro party ante!

So there we go, 10 throwback live performances which will bring the festival to your bedroom and handwashing routine!

If you’re interested in new releases check out LGSM’S Album Roundup for March! Or If you’re looking for some Isolation music to get down and clean to, check out my Ten Albums, for the isolation period!