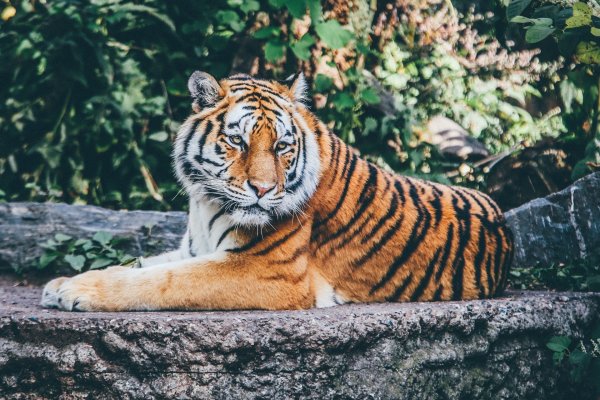 In the midst of a nationwide lockdown, it appears that binge-watching is truly our best friend. With the arrival of Disney +, Netflix and Amazon Prime Video subscriptions, its clear I’m doing more watching than source analysis (apologies in advance to my lecturers!).

So, due to an influx of memes on social media, I took the plunge and began watching Tiger King: Murder, Mayhem and Madness. And my oh my what a wormhole that was.

Tiger King is seven episodes of gun-toting, questionably rich men talking about their beloved tigers and zoos, and their mutual hatred for so-called conservationist Carole Baskin. The docu-series primarily focuses on the weird and wacky Joe Exotic, who ends up in federal jail for conspiring to murder Carole Baskin. But of course, before we get to that, we learn about his polyamorous marriage, foray into American politics, and – my personal favourite – his country-music career. Throughout the series we see colleagues and acquaintances of Joe Exotic commenting on the private zoo industry as well as working with the man himself.

This is a weird series. I found myself constantly thinking “what the actual f*** is this”. The different personas, who all once worked with each other and ended up stabbing each other in the back, are questionable at best. Then there’s the meme queen Carole Baskin, who claims to be saving big cats, whilst also keeping them in the same cages as those she criticises. Oh, and then the teeny tiny rumour that she may have killed her second husband and fed him to her tigers…

What caught my eye beyond Joe Exotic’s eyebrow piercing, was the conditions in which these animals were living in.

Tigers are meant to be living in vast savannahs, where they are free to roam. Not small, confined cages in the middle of Oklahoma.

What this series showcased was the inhumane and greedy nature of these businesses. One of the ways Exotic would gain the most profit was via breeding baby tigers, and using the small period of time before they gave in to their primal instincts to cub pet. So, a baby tiger would be separated from its mother and passed along the masses to be manhandled. Also, it would involuntarily partake in a mini photo-shoot. Then there’s Jeff Lowe, another questionable, rich man who went from stuffing tigers in suitcases so women will have sex with him, to owning a zoo with no prior knowledge or experience of the complex creatures he aimed to exploit.

According to WWF, there are around 3890 tigers in their natural habitat. That is compared to the astounding 5000 tigers in captivity- and that is just in the US alone. Around 6% of this statistic is based in accredited zoos and facilities. This means the other 94% of tigers in private facilities/care are most likely not receiving the proper food, care and attention they so desperately need.

It’s shocking but it’s true. There are more tigers in captivity than there are in the wild.

Ultimately, Tiger King is a weird and wonderful watch. It showcases these loud, colourful personalities who are (let’s admit) a little more than eccentric (because plotting to murder your rival is completely normal). But what it also drawn our attention to is the underworld of private zoos and the exploitation of animals who belong in the wild.

When watching the show, a hundred different questions will enter your mind, and unfortunately, you may not find the answers after watching, because I know I didn’t.

But what you will be introduced to, is a whole new culture of exploitation and greed, which will surely make you think twice.

Tiger King: Murder, Mayhem and Madness is streaming on Netflix