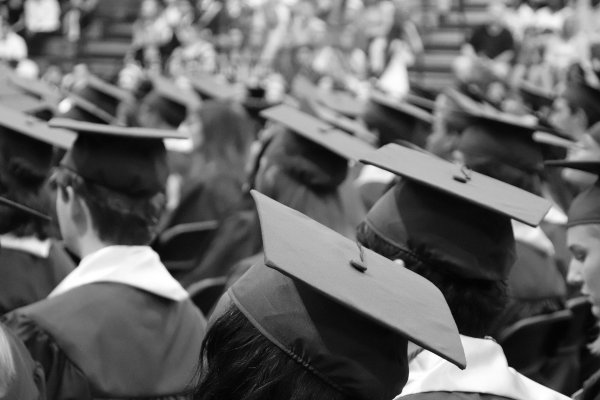 I don’t know about you, but I just love books and films that feature a lead who is an aspiring writer or journalist type figure. Think eponymous Jane in American-inspired telenovela, Jane the Virgin, who manages to achieve her life-long dream of becoming an author. Well, this is just the same in Starter for Ten, a novel in which author David Nicholls brilliantly characterises his main character Brian as the quintessential first year “Eng-Lit” student with his own dreams of joining his University Challenge team with the beautiful Alice Harbinson. Even though the novel is set in 1985, Brian’s experiences as a student are still typical today.

Inspired by the abrupt end to university that so many of us have had to experience, this article will aim to reflect on my particular experiences of studying English in order to prolong my time as a student for as long as possible ☹. Luckily, Starter for Ten is a funny and light-hearted novel so this will hopefully be an uplifting read!

Top relatable experiences of being an English Literature Student

This is number one as I’m sure everyone has gone through this. The age-old Science vs English debate, the one where people question how worthy a creative degree is compared to one that is more “practical and real.”

Brian is immediately judged by Patrick, the captain of his university’s University Challenge team, when he signs up.

Patrick responds to him reading literature rather unenthusiastically: ‘‘Christ, another one! Well, at least you’re not completely wasting three years of your life.’

Patrick’s indifference to Brian only grows throughout the novel, providing readers with many comical scenes, and this is portrayed well by Benedict Cumberbatch in the film adaptation too.

When Brian makes a new friend, Rebecca, who instead makes equally judgemental comments to try and wind him up, she asks him why he decided to study English Literature. Who else can admit that they have a pre-prepared response to this question?

Ok, Brian is pretty OTT though, who ends his speech, yes I said speech, on a…

‘shattering climax …so as the eponymous (oops us English lot do like to use big words don’t we?) Hamlet says to Polonius in Act Two Scene Two, it’s all ultimately about “words, words, words”, and what we call “literature” is in fact just the vehicle for what might more accurately be described as the Study of… Everything.’

Thanks Brian, might have to steal that one for the future.

The next three are all about the different types of studying:

Brian has a 1-2-1 meeting with his tutor to discuss his essay on Othello which doesn’t go as well as he had expected. He receives harsh feedback for his ideas not being original enough (tutors could word their comments a bit nicer sometimes, right?) and he’s asked if something is going on at home that may be affecting his grades. Behind the humour in this book, Brian’s disappointing grades represent how we are alllikely to come across some hurdles during university, but all we can do is pick ourselves back up and keep going!

Surely we’ve all been to a lecture that has gone way over our head.

That’s how Brian feels: ‘The sad fact is that I love Dickens and Donne and Keats and Eliot…[or insert your own long list of favourite writers], really really love them. It’s just they don’t love me back.’

On one hand, maybe Nicholls is implying that the reason that they don’t love him is that they’re all dead… or maybe it can be read into more, as Brian’s longing for a relationship with the love of his life, Alice, who doesn’t love him back. Poor Brian.

Did anyone else who took this module feel that the Romantic poets weren’t really that romantic at all?

Hopelessly in love, Brian is disappointed that this module doesn’t teach him anything useful about getting into a relationship at university. As he says, ‘it’s all about lakes and urns and leech-collectors.’ Cheers Wordsworth.

There is a fleeting moment in the novel when Brian receives the Collected Works of E.E Cummings at Christmas, which he specifically asks for.

Well, with Keats writing Endymion by nineteen or T.S. Eliot writing The Four Quartets alongside having a full-time job, what’s to say you can’t do the same too! To be honest, we might all be thinking being in quarantine is a great opportunity to try something out too, but who else is finding it hard to even find the motivation to take studying seriously?

So how many English Literature experiences did you relate to? If I’m completely honest, a lot more happens in Starter for Ten than Brian studying English Literature, but, as a novel set in the 80s, I thought it would be fun to pick out his experiences and see how far they compare to ours today! Doesn’t seem like much has changed, that Literature vs Science debate doesn’t seem to be going anywhere anytime soon…

If you would prefer to watch it, it is currently streaming on Amazon Prime!