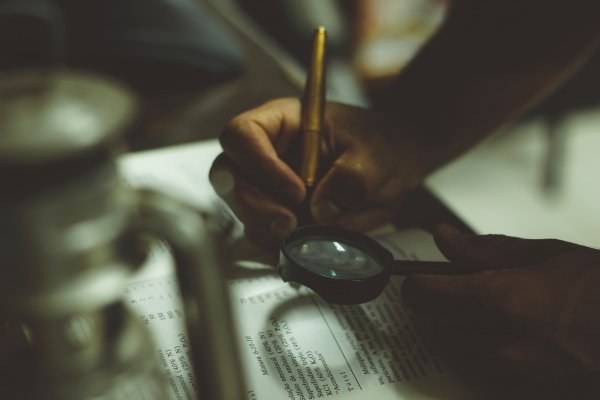 ‘The Murder of Roger Ackroyd’ – A Book Review

King’s Abbot. This is the small village where the novel is set, home to a group of nosy neighbours. Despite their avid interest in one another’s affairs, they each keep their own secrets and the central one in the novel is their relationship to the murdered Roger Ackroyd. At the centre of this case is Hercule Poirot. First thought to be a peculiar vegetable marrow grower/ hairdresser, Poirot is soon uncovered as the world-renowned Belgian detective famous for much more than his moustache.

It’s not really a surprise that Christie half-rhymes with mystery. As a household name in detective fiction, Christie scatters the most unusual clues in her novel. What is so important about a quill, a chair that is out of place and differently coloured shoes?

Full of red herrings, The Murder of Roger Ackroyd is admittedly frustrating to read at times. It is not only difficult to distinguish which pieces of information to pay attention to but also who to pay attention to. However, this comes with the territory. It nonetheless makes for a compelling read, trying to connect the zigzagging narrative and plot together.

The person in charge of the narration is Dr. Sheppard. Ackroyd invites his friend over to his estate for dinner along with his sister-in-law, his niece, his secretary and his other friend, Major Blunt. After dinner, Ackroyd takes Dr. Sheppard to his study to privately confide in him, telling him that the woman he was engaged to, Mrs Ferrars, was blackmailed for killing her late husband.

Unfortunately for us readers, Ackroyd decides that he wants to be alone to read the letter that she sent to him, which discloses who her blackmailer is. In the space of some thirty minutes, someone in his house then comes into his study and murders him…

For a moment, Dr. Sheppard’s deprecating remarks are a relief on our trudging quest to discover who the murderer is. However, his irritable attitude to his sister at her involvement in the case raises questions as to how far this can just be considered as reflective of family quarrels.

In one sense it is and is notably successful at portraying the home as an uncomfortable environment. This is mirrored in Ackroyd’s estate, Fernly Park, the place where Ackroyd is murdered and the unconventional home to his troublesome stepson and his sister-in-law who desperately pines after his money.

Alongside the setting, Christie is adept at characterisation in her novel too. She is skilful at foregrounding some characters and backgrounding others but has written developed backstories for all. The stock characters are thus intriguing in their own right. The butler, secretary and maid are just a few amongst many which can make it difficult to remember who is who but is made easier by the book being only a short read!

The Murder of Roger Ackroyd may just be one of the thirty three novels of which Poirot is lead detective, so why choose to read this one?

If you want to find out more about this moustachioed Belgian inspector, this book is a good place to start and you don’t need to have read any Christie’s prior to this to understand the story. It offers excellent narration in the form of contrast between Dr Sheppard’s quips and Poirot’s methodological approach to solving the case. Christie’s interesting interpretation of a detective duo makes this book particularly stand out, if that’s in the least bit intriguing! It can feel taxing trying to reach the end but the final reveal is one definitely worth waiting for.

You can buy it from Amazon by clicking on the picture below: