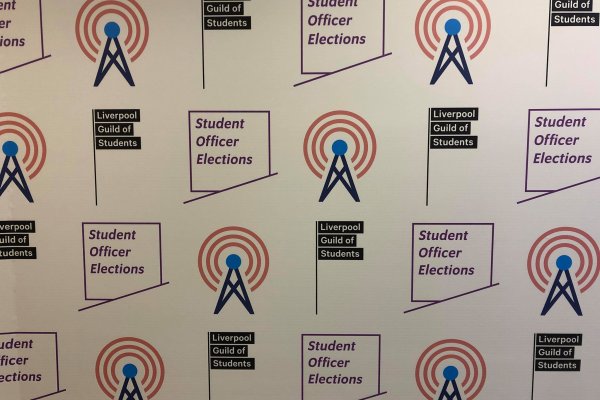 Hopefully you would have read the past two articles in this 3-part installment of the Student Officer Election Candidate Interviews, and have a clear idea on the running candidates, their policies, their motivations for running and how they think their policies will impact the students at UoL. Yet, let’s get to know our running candidates a little more, shall we? The final two questions from our 6 question interview will help you get to know the candidates and may even give you some inspiration…

Question 5: What are you currently binging on Netflix?

Question 6: What is your dream travel destination?

5) I’m a bit strange – I don’t have Netflix! I like watching BBC iPlayer, I am currently re-watching Killing Eve, which is really good and still manages to surprise me even in the second series, which is great.

6) I’d love to go all around Northern Italy on the trains, they’re one of the most scenic routes in Europe, and I’ve only been to one little town in Italy, Bolzano, which is kind of a mix between Italian and German culture. I’d really like to experience everywhere – all the food and all the history and culture!

5) The Witcher, but who isn’t? I’ve also been going through BBC iPlayer recently.

6) I’m a Geology student, where don’t I want to go! Probably Hawaii, because of the active volcanoes and because the beaches are great. I just want to be able to go to where Lilo and Stitch was made and say I’ve been there!

6) I’d have to say somewhere tropical like the Caribbean, enjoy the warm weather with relaxing, tropical vibes!

5) A bit of everything! Currently, ‘Man like Mobeen’, it’s pretty funny.

6) My dream travel destination is Hawaii.

6)  It’s a tough one. I’ve noticed that you can go to Japan for free because of the Olympic Games this summer – they’re giving away 50,000 tickets, for free!

5) What am I not binging? I’ve just finished The Stranger, The Pharmacist and Sex Education. I need more recommendations because I think I’ve binged all of Netflix!

6) The world! But if I had to narrow it down, South America. The languages and the culture is something I want to immerse myself into.

5) I have just finished binging Sex Education – I binged season 1 during exams (which was a bad idea) and I’ve just done the second season as well. Also, for the millionth time, I’m watching Brooklyn 99 and Doctor Who (all of them).

6) There’s so many places I would want to go, but at the moment it’s currently Canada. I’ve been to Canada once, but not for a proper holiday so I would love to go and explore the great lakes, the scenery and the environment.

6) My dream destination was to come to Liverpool, which I have realised is the culture capital of the UK.

5)  I haven’t been watching Netflix a lot lately, I’ve been watching Love Island. Apart from that, I’ve been rewatching ‘The Thick of It’ on Netflix which is a good one, but I’ve not really committed to anything really.

6) I want to see the world but I don’t have a specific place I want to go to. I do want to see Asia, a lot of China and that sort of area, I think it would be very interesting to see different cultures.

6)  Latin America. I’ve been saving up for the past 5 years, to eventually go and travel around there. My dissertation is on Latin America too, so I really want to go.

5) There’s a few things at the moment, depending on my mood. For some reason I’m rewatching House of Cards, I think because it’s election season and I’ve got to get into that political mindset. But then I’m also watching this show that’s a bit like Black Mirror, it’s called Inside Number 9. Because it’s like an anthology series all the episodes are very different and I keep getting into a habit of watching a really scary one right before bed and then I have to watch three or four more episodes to get me out of that mindset.

6) So when I was 18 I didn’t really know what I wanted to do with my life, so I took a year out, and spent six months working so I could just go wherever I wanted. So most of this travelling looked like me checking things off lists, going to the places I was supposed to go to, and seeing the things and climbing the towers I was supposed to climb and see. But then by the time I reached Naples, I relaxed. It was rainy, I was ill, there was glass smashed on the floor everywhere, but for some reason I was finally comfortable there, and the people, the place, even the degradation, it just felt like home and I will always want to go back there.

5)  I’ve actually just finished watching Safe, which is written by the same person that wrote The Stranger, and it’s really good, would recommend.

6) I’d actually love to go to Ukraine and see Chernobyl, I think it would be really interesting and there’s a lot of history there.

5)  It’s a little bit of a guilty pleasure of mine, and actually a new episode came out today, but I’m binging Riverdale.

6) So you might notice the accent, I want to put my Canadian blood to the test and I want to go to an even colder climate. I want to go to Antarctica and see what new adventures await out there.

5) Right, so, Ru Paul came out… I watched that yesterday and other than that, I’m watching Power, which is sick and nothing like Ru Paul! That’s pretty much it as I’ve watched everything, ever!

6) I literally just got back from Copenhagen yesterday and I’m off to Budapest next week, so I’m running out of things. But, I really want to go to Moscow or Prague.

That’s a wrap! We hope that you have all that you need to make an informed decision about who you would want to be your next Guild President!

See the highlights of the Student Officer Candidate Interview via the link, made by our TV team at Liverpool Guild Student Media.