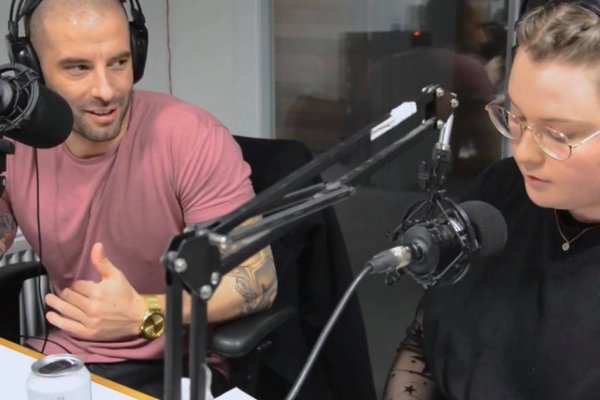 An Interview with Darcy Oake

World-class illusionist and Britain’s Got Talent alumni, Darcy Oake, magically graced Liverpool with a visit to the Guild of Students last week. After writing TV shows, books and taking his tours worldwide, Oake’s career has catapulted to stratospheric heights, and, in anticipation of his next 12-date UK tour, he kindly dropped in to say hello and tell us all about it.

In his new tour, the Canadian daredevil illusionist will be totally changing the dynamics of a live theatre show, saying “People will be standing, they’re going to be moved around the room” in a “fully immersive experience”.

In flipping traditional magic on its head, Oake’s magical spectacular is set to be delivered in a truly unique way. The active involvement of the audience throughout the show will allow them to get up close and personal to a plethora of breath-taking, logic-bending illusions in material that fuses grand old traditional magic with his own edgy twist.

Six years since his appearance on the Britain’s Got Talent and Darcy Oake has grown to an ace status. He describes his appearance on the show as a “game changer that changed [his] life”, with the number of eyes that it was seen by boosting his career. He notes that before taking part in the 2014 competition, he “completely underestimated the outreach of the show”, leading to doors being opened in the UK including a show for the Queen on her 90th Birthday.

When asked if he still loves magic now as much as he did when he started, he exclaimed, “yeah! It’s my passion. It never feels like work, or like I’m doing a job. It’s what I love to do and I’m able to do that as a career.”

Oake recognised that this is also something that the student community are also trying to figure out: the art of “finding your passion and turning it into a career”. He went on to tell us about his own time as a university student in Canada:

“This is probably the worst advice to give anybody reading, but I went to university for one year after high school in Canada. I was so focused on doing magic and turning that into a career that I literally failed every single class that I was in. I found out that if you had unpaid parking tickets, the university wouldn’t send your grades home to your parents, so I racked up as many parking tickets as I could… They never found out that I failed everything, and now here I am.

I crushed it as a student… I was such a good student.”

After jokingly suggesting the idea of enrolling in the University, we affirmed that we were sure there would be something to interest Darcy here in Liverpool. (@ Janet Beer, an MA (Magic of the Arts) perhaps??)

It is Oake’s unwavering passion for magic which ultimately carved his career path towards performing and this thoroughly shines through. We asked him about his favourite trick to perform in his new show, and it turns out to be the one which kick-started his career on BGT.

“There’s one thing I can reveal: I will be doing the act with birds, and that was the one that changed everything for me.

That was the first audition piece on Britain’s Got Talent and is something I’ll always try to include in every show. It’s an act I’ve been working on since I was a kid, 10 or 11 years old, and I’m still working on it. For that to be the one [trick] that changed everything, it was a crazy story that I’d been working on it forever, and that was the one that did it. It just shows you that the harder you work at something and the more you put into it, the more you get out of it. So, take that students! That’s my motivational speech for you.”

A few weeks ago, we took to Instagram to ask students for questions they’d like to ask a real-life magician. So many questions came through that we decided to turn it into a 60-second quick-fire round, and here are the all-important answers:

How did you first get into magic?

It was an accidental trick that my dad did that fooled me. He played it off like it was real, and I was desperate to learn the secret.

Who are your inspirations?

Are there any tricks by any other magicians you still don’t know the answer to?

Every once in a while, yes. But very rarely.

What is your career highlight?

BGT and the performance for the Queen

Who are your favourite illusionists to see perform?

Ooh, all of them.

How important is keeping the secrets of the Magic Circle?

Have any tricks ever gone wrong?

Yes, but the audience doesn’t know it. They don’t know what’s supposed to happen so that works in your favour.

Have you ever been to Las Vegas?

What has been the best reaction to a trick?

To see the pyramids.

Do you create tricks by yourself or are you inspired by the work of other magicians?

Create them by myself and then run them by a few magician friends to see what their viewpoints are.

Of course, there was one question we were all dying to ask. Do you have any magic tricks you can show us??

And he did. Pulling his wallet from his back pocket, Oake began to perform:

“I have one card inside my wallet. Obviously, there’s not 52 cards inside of here. Just one. It’s folded up into quarters.” In directing participation towards TV Chair, Gabe Morris, Oake asked him to think of any card in a pack and say it out loud. Ace of Spades.  “Now, I told you there was one in here, right? Obviously, there’s not 52…” he says as he reaches into the wallet slot, pulling out a card folded into quarters. He reaffirms Gabe’s card as the Ace of Spades as he unfolds the card to reveal that exact card.

And find him on social media: @darcyoake