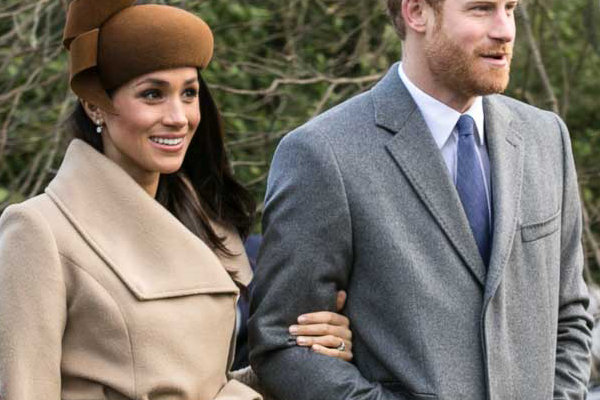 Unless you’ve been living under a rock, you will have probably heard or read about the current scandal which is running amok in the Royal Family. Prince Harry and Meghan Markle have decided to step down as ‘senior’ royals and work to be ‘financially independent’. This announcement which was flippantly made from the pair’s joint Instagram, took the media completely by surprise and in turn, ensued a plethora of opinion and critiques of their decision.

Working to be ‘Financially Independent’

Their intention to “work to being financially independent” was the focal point of hundreds of headlines across the nation. It is no secret that a significant proportion of the public resents the Royal Family and their lavish lifestyle. Realistically, the finances of the Royal family is a complicated system for the layman to understand. Yes, a proportion of the tax paid to the government goes to the Royal Family, but it is not nearly the amount required to match the public’s distaste. According to an article on Sky News, the Royal Family cost the average taxpayer £1.24 in 2018. This is not a particularly big ask of the taxpayer to help to fund an institution that our country is renowned for.

So, how do Harry and Meghan fund their life?

After reading into it, I learned that only 5% of their income comes from the Sovereign Grant, which is the money that the Royal Family gets from the taxpayer. The other 95% of their income comes from the Prince of Wales, Harry’s father. This money comes from a vast portfolio of property and financial investments which amounted £21.6 million last year. Harry and Meghan received £5 million from this fund in 2018-19. It has recently been said that they will no longer use any money from the Sovereign Grant and will be repaying the £2.4 million they used to renovate their home, Frogmore Cottage. It seems as though they are serious about not using public funds and distancing themselves from the Royal Family and trying to remove themselves from the situation as best as they can. Yet the public opinion of them has never been worse.

Finances information can be found here and here.

Hatred from the Media?

It is no secret that the British media doesn’t like Meghan Markle. Since the beginning of their fairytale courtship, Markle was subject to abuse in the press to the point where Prince Harry released a statement urging the press to stop publishing negative articles. The statement was controversial at the time and he didn’t shy away from mentioning the “outright sexism and racism of social media trolls”.

The couple’s battle with the press continued throughout their relationship and even resulted in them having to take legal action against the press when they [press] published a private letter from Meghan Markle to her Father. Since the announcement of their intentions to step back, the media has had a field day voicing opinions on the scandal.

I researched exactly how the media reports on the Royal Family. I came across what is known as The Royal Rota, which is the press pool which covers the British Royal Family. It is made up of a selective group of media outlets which get invited to attend and report on the events and engagements relating to the Royal Family. This system is designed to reduce the number of media outlets that would otherwise attend, reduces chaos at the events and increases safety. The papers included in this are; the Daily Express, the Daily Mail, the Daily Mirror, the Evening Standard, the Telegraph, the Times and The Sun. Conveniently, these papers are the ones which seem to publish the negative articles on Meghan and Harry. One can only imagine the extent of upcoming negative press now that the press no longer has exclusive access to the couple’s engagements.

The newspaper articles that were written on Meghan berated her for the most trivial things; everything from her makeup to her putting her hands in her pockets. The articles are riddled with hypocrisy, the same paper at times would write an article about Kate Middleton, praising her about a similar topic. The two women are compared constantly and for everything. There was a Daily Mail article written about the fact that Meghan was photographed consistently while she was pregnant and she was touching her bump, headlined “Experts tackle the question that has the nation talking: Is it pride, vanity, acting – or a new age bonding technique?” The question that has the nation talking. Did the nation really care? I highly doubt it.

The comparative article on Kate reads “Pregnant Kate tenderly cradles her baby bump”, the contrast is laughable. The inherent dislike for Meghan has reached new ridiculous heights. There have been articles comparing their makeup, the flowers they had in their wedding bouquet and their fashion choices. In which all of them cast Kate in a positive light and Meghan in a negative light for doing the same thing. The hypocrisy is almost comical and it is shocking that these tabloids can publish such useless articles.

What is the impact of the couple stepping back?

Have they made the right decision?

It seems that Meghan and Harry can’t win. While they were full time serving royals, they were watched like hawks and everything they did was criticised. Now, after choosing to leave and focus on their own life as opposed to trying to please the public, they are only condemned more. I think that if they are not going to be using public funding and are choosing their own path, then more power to them. I think they tried it the Royal way and it clearly hasn’t worked out for them. They should try something new and there is no reason for us to berate them for something that we would have done a lot sooner than they have.