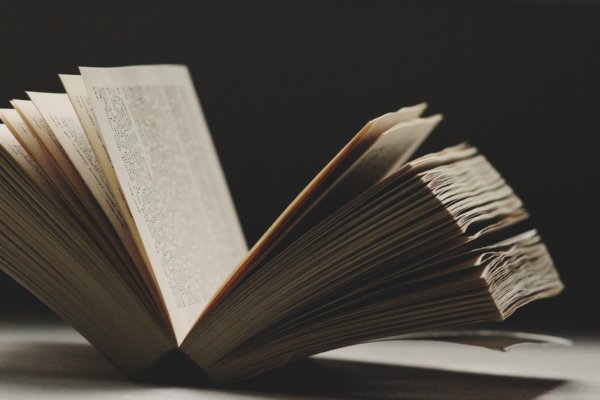 Warning! This book contains investigations of identity, sexuality, and ‘normal’ity (whatever that means).

The albums of potty-mouthed artists boast iridescent ‘PARENTAL ADVISORY: EXPLICIT CONTENT’ stickers. The BBFC film classification scheme reminds us that even the innocuous Frozen (PG) ‘Contains mild threat.’ (The wind is howling/ Like this swirling storm inside…) Why, then, is there no disclaimer/ health warning attached to literature? Literature, such as the multi-award-winning, multi-million selling, second offering of Irish author Sally Rooney, Normal People. Literature that will cost you its recommended retail price – plus a packet of Kleenex and perhaps a couple of therapy sessions post-read. Just so you can’t say you weren’t told, here are the top six reasons why you should shirk this particular work. Consider yourself warned.

Plotwise, the novel traces the interweaving lives of its two adolescent protagonists, Marianne Sheridan and Connell Waldron, in Carricklea, Co. Sligo, Ireland, over four years (2011-2015). They have a relationship like a broken iPhone: on-again, off-again, on-again… Unlike the iPhone, though, it’s something not everyone’s got; the bond between them is pretty unique, weathering the formation of petty high-school cliques, revelations of domestic abuse, and crises of self and sanity. So far, so promising for the bildungsroman that has won praise from the likes of Anne Enright, Elif Batuman and Jojo Moyes. It was also acclaimed Waterstones ‘Book of the Year (2018),’ Irish ‘Novel of the Year (2018),’ as well as the 2018 Costa Novel Award. Remember…

Starting at the very beginning (as per Fraulein Maria) brings us to the front cover and its unashamed flouting of H & S regulations. Don’t get any ideas, kids: spooning inside a partially-opened, ring-pull sardine can is not advisable. Do not try this at home. Even if your partner-in-crime (and fishy slime, most likely) is your high-school soulmate.

‘That’s silly, it’s symbolic,’ I hear you protest. ‘It represents their inseparability.’

Well, I counter, should you need further proof of the danger to health and safety posed by this book, just consider the Evening Standard’s review. ‘Rooney’s second novel […] a Tube stop-missing, escalator-reading tale.’ A danger to yourself and fellow commuters.

2. Mental Health Issues Should Not Be Discussed Quite So Frankly.

A reason less superficial, more thematic. But what happened to the age-old ‘stiff upper lip and soldier on’ mentality? (Aaah, the twenty-first century happened.) Now we have extremely sensitive and nuanced portrayals of struggles with mental health issues. Rooney documents depression, low self-esteem, masochism, eating disorders, suicide. She eschews gender stereotypes too. Connell, popular former football team captain, seeks counselling-based assistance for his issues with anxiety – all at the insistence of friend Niall. ‘Manning up’ can equate to admitting to not feeling fine. Interiorised discourse captures with acuity the feelings of inertia, alienation, and futility of existence experienced by Connell.

‘Somehow, it was impossible to move either forwards or backwards, only downwards, onto the floor, until his entire body lay motionless on the carpet. Well, here I am on the floor, he thought. Is life so much worse here than it would be on the bed […]?’

3. Her Prose Style Will Make You Jealous.

Hers is the kind of writing you wish you had written. (Even Jojo Moyes is seemingly not immune to the envy: ‘Wish I’d written it.’) It abounds in off-the-cuff phrases, at once luminous and illuminating. Connell is ‘wholesome like a big baby tooth.’ Or how about some scene-setting: ‘Back outside the cafe now, the sunlight is so strong it crunches all the colours up and makes them sting.’ Or:

The cherries hang around them gleaming like so many spectral planets. The air is light with scent, green like chlorophyll. […] Overhead the sky is velvet-blue.

You will ask yourself: Why didn’t I think of penning that? Never mind green air, phrases like these result in a green readership. Better to spare yourself the envy.

That’s exactly what you feel you are doing in reading the novel’s stretches of intimate dialogue – especially those sections between Connell and Marianne. This discoursal dexterity has seen the County Mayo-born author linked to the likes of masters like Jane Austen. The characters’ speech is not particularly highfalutin, or, ahem, Austentatious though. Instead, it’s raw, realistic, and undeniably Irish- she captures perfectly a certain Je ne sais craic.

5. You Will Be Left Bereft.

Spoiler alert: at page 281, you will turn over to discover… the next eight pages blank. You’ve known Connell and Marianne, with all their faults and foibles, since they were seventeen, been with them to receive exam results, attend funeral services, holidays abroad. Then a final full-stop ends your friendship. You are left with a barren expanse of blank pages and a blurb, down two in the mate stakes. A sequel, perhaps, Ms. Rooney?

The final reason for avoidance. Normal People is currently in the ‘2 for £8’ offer at your local Tesco. A clever marketing ploy to get you to buy double the number of books you intended. Can your already chock-a-block bookshelf really handle the added weight? (Then again, you could stack them haphazardly on the floor by your bedside. It’s a bibliophile-targeted bargain, right?)

[Should you choose not to heed the above advice, like any normal person…]