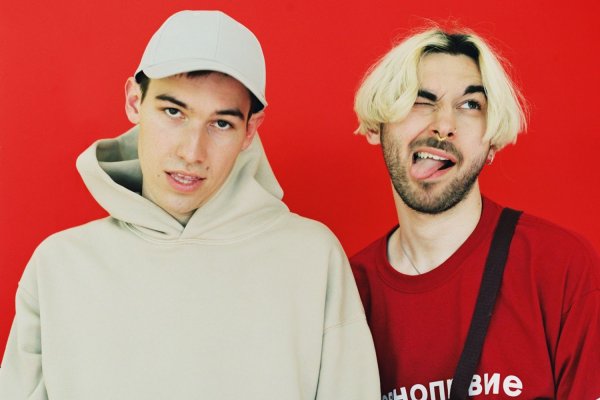 As the year draws to the close, and the ever dreaded Christmas tunes dominate the radio, we thought we’d collect some of the best of this months releases that might have escaped you in the holiday chaos. This roundup includes some standout singles from a beloved indie band, a EP dedicated to one of the greats of traditional folk, and a beautifully honest album from a upcoming singer-songwriter.

While it may seem like a slight deviation from the rules, the two singles this month released by Bad Sounds have proven too good not to not be included in this month’s roundup. Debuting just before their 2nd album release that’s planned to drop in early 2020, the two singles ‘Breathe’ and ‘Sympathetic Vibrations’ feel like re-introduction to the beloved band. album titled track ‘Breathe’ is an upbeat song about escapism, set to funky synths, catchy basslines. There’s a bunch of unexpected sounds thrown into the mix, from beginning the track with the sound of a chainsaw, to a surprisingly catchy harmonica solo. It’s these elements of the track that really help the single standout, making it an instant classic in the bands discography.

It was soon followed by the release of the next track ‘Sympathetic Vibrations’, track that the band say is based on the fact that ‘feelings are contagious.’ While it’s an equally upbeat track, it seems a lot more simplistic that the bombastic track seen before, however, this in no way diminishes its quality. Vocals are backed with just few synths and beats throughout the track; however, the unique melody and engaging lyrics keep the song light, endearing and most of all fun. Overall, both tracks bring something unexpected and new to the band’s sound, showing the clear musical progression of the group since there latest releases. If the goal of singles is to get the listener excited for the full album release, then Bad Sounds have certainly achieved just that.

Known for his impeccable lyricism, singer-songwriter Matt Maltese has released his second album this month, and was quickly adored by newcomers and fans alike. Maltese has always known how to tell a story through his song writing, but it seems opting for a brutally honest tone in this release has taken this ability to new heights. The opener ‘Rom-Com Gone Wrong’ opens the album beautifully; mixing a nostalgic, melancholy-filled riff with heavy piano chords’ to perfectly encapsulate the life after a breakup. It’s truly a song to get lost in, and a definite highlight of the album. Another standout is the title track ‘Curl Up and Die.’ Much slower than previously mentioned opening track, it’s this number in the album that doesn’t hide the reality of losing someone, with raw lyrics peppered between minimalistic, yet effective instrumentation. It’s the most intimate we get with Maltese on this already breathtakingly truthful album, making it the most effective in detailing the reality of the writer’s sorrow. Maltese has produced a series of works that explore the highs and lows of heartbreak, while producing some breathe taking masterpieces. It’s one that can always be revisited, and cements the young artists as a standout in song writing.

Singer/songwriter and multi-instrumentalist, Sam Amidon, is one of contemporary America’s great interpreter of traditional folk songs. All but one of his six studio albums are solely comprised of his one-of-a-kind, modern approach to these great cultural touch stones in American music. It is fitting then that his latest release, be a four-track EP of folk songs dedicated to one of the most prolific compilers of traditional folk recordings in American history, Harry Smith. Fatal Flower Garden EP sees Amidon with frequent collaborator Shahzad Ismaily dividing the eclectic collage of instrumental work between them, while Amidon’s starkly affecting vocals float ethereally over the top. ‘Spike Driver Blues’ feels absent-mindedly jaunty, giving its somewhat harrowing lyrics about hard labour a haunting edge, while the title track is solemn and otherworldly with reverberating guitar licks adding to the song’s dreamlike nature. The EP ends with the wild and energetic ‘Train on the Island’, but even this more joyful tune is given the trademark Amidon edge thanks to unhinged vocals, clashing fiddle lines and harsh production. Fatal Flower Garden EP is both a touching tribute to Harry Smith and a wonderful addition to Amidon’s hauntingly beautiful, yet rather unsettling take on the American folk canon.

Over the last few years, Dan Weiss has quietly become one of the most exciting drummers in the jazz world. His last album, the totally out of the box, jazz/metal hybrid, Starebaby for Pi Recordings was one of last year’s most inventive instrumental records. Utica Box, released this November on Sunnyside Records, is yet another aesthetically adventurous project from the drummer/composer. This album features Weiss’ trio ‘plus one’, consisting of pianist Jacob Sacks and two upright bassists, Thomas Morgan and Eivind Opsvik. This makes for a totally fascinating combination of sounds, particularly with Morgan’s subtle, yet dexterous plucked bass playing contrasting with Opsvik’s languid, often strained bowing. The major constant that drives these pieces forward is the duo of Weiss’ exquisitely technical drumming and Sacks’ angular piano melodies, particularly on the exhilarating, 17-minute-long title track. A lot of the record’s charm comes from the way the longer pieces deconstruct themselves into chaotic fragments and then reform utterly changed by the experience. The album’s foundation is its ghostly, bristling compositions, but it lives and breathes by the fluid interactions of the four musicians under the deft leadership of Weiss.