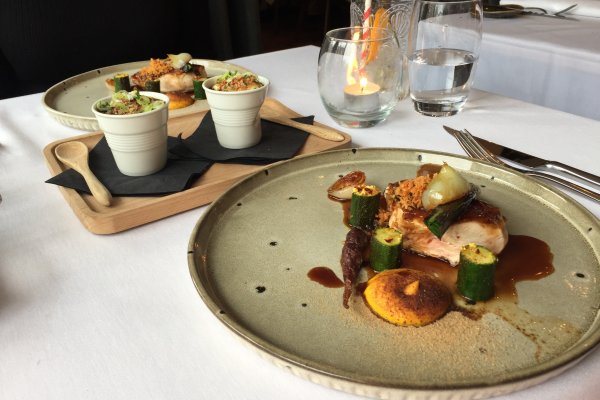 Liverpool’s restaurant scene has experienced a renaissance in recent years, changing the landscape of food and drink as increasing numbers of independent restaurants and artisan producers flock to the city to carve their name within its increasingly diverse landscape.

In the 10-year anniversary since Liverpool was named European Capital of Culture in 2008, the city hosted events throughout 2018 to celebrate the progress fuelled by the coveted award and the people of the city that made it possible.

In 2019, this growth has continued, seeing a consistent flow of new restaurants opening up around the city. Notable hotspots include Seel Street’s Wreckfish, crowdfunded by acclaimed chef Gary Usher, having received support from various Michelin starred chefs including Tom Kerridge. Also on the horizon is the much anticipated Pins on Duke Street, from the team behind some of the city’s favourites including Hanover St Social and Salt House Tapas.

Over the past ten years, Liverpool has seen increasing levels of investment coming into the city, both locally and from overseas, including funding obtained through the European Capital of Culture scheme. Not only has this aided local development of infrastructure and services (such as the M&S Bank Arena built in 2008 and the £1bn investment into the Liverpool One shopping district) but it has also propelled Liverpool onto the culinary map for an increasing number of its artisan food producers and independent restauranteurs.

According to The Restaurant Magazine by BigHospitality, Liverpool has seen a 25.2% increase in the number of bars and restaurants set up over the past five years; an impressive figure by its own standards, and double that of London during the same period. Analysing the effects of both private and public investments into the city across the past ten years was Dr Beatriz Garcia and her team at the Institute of Cultural Capital. Their recent Impacts 18 study was carried out by the team as part of a collaboration between the University of Liverpool and Liverpool John Moores University. Garcia said:

“Over the last ten years, Liverpool has asserted its cultural renaissance”

“The way the city sees itself, and is seen by the rest of the country, has been transformed and sustained over more than a decade, with culture being seen unmistakeably at the heart of the city’s rebirth.”

Liverpool is now the fifth most listed UK city for international visitors, and the third most visited city in the UK. With the boost in artistic developments that Liverpool has seen since 2008, it stands to reason that the city’s food scene should reflect this cultural diversity in all its forms.

Last year, when it was announced that the Liverpool City Region had been granted further funding powers as part of the Government’s Northern Powerhouse initiative, it gave the city further freedom to spend a £120m revenue budget as part of a significant investment boost to the transport, housing and education facilities in Liverpool. This demonstrates a clear expansion in the city’s capabilities as a major UK city, and with this comes heightened interest in the food and culture we have to offer.

Paul Askew, Chef Patron of The Art School has climbed the ladder of contemporary British cuisine, and now runs the critically acclaimed hotspot on Sugnall Street, championing seasonal and local ingredients and produce sourced from artisans around the UK. He is a firm believer in the city’s potential for gastronomic success;

Askew believes strongly in the importance of supporting the increasing number of independent restauranteurs starting up in the city, from humble start-ups to fine dining experiences. He suggests,

“The regeneration of Liverpool has seen major investment and development within the city and I firmly believe that our food culture needs to reflect this. The increase in visitors to the city needs to be matched to our food offerings with a broad range of exciting eateries to cater for all palates and pockets.”

Another example of these new arrivals is Röski, a contemporary British dining experience, opened on Rodney Street in 2017 by Anton Piotrowski, winner of 2012’s MasterChef: The Professionals. Run with his partner Rose, the pair have a passion for providing excellence in the city, showcasing the best in artisan and local produce.

Looking to the future of both Röski and the wider food scene of Liverpool he told the Liverpool Echo: “If you cook consistently well, the accolades will follow – and it would be great to get the first Michelin star in Liverpool. But I want this restaurant to be one of the best in the UK, not just the North West.”

As a sign of the City’s heightened status as a culinary destination last year, Liverpool played host to the renowned Bordeaux Wine Festival held down at the Pier Head in 2018 which is now been awarded the status of an UNESCO World Heritage site.

Paul Askew reflects on his time at the festival on behalf of The Art School, explaining that “This was the first time the event was hosted in the UK. One would have assumed that London would have secured the event, but it came to Liverpool and was a resounding success.  So much so, it was awarded the Best New Outdoor Event by the National Outdoor Events Association.” It is events such as these which help build the city’s reputation as an area enthusiastic about its food and the people who create it. The passion in our city’s people for its food is evident, shown through their eagerness to put Liverpool on the UK food map. Askew embodies this enthusiasm, saying:

“I’m so proud and excited for the future of food and drink in Liverpool. I knew all along the significance of the arrival of this Global event to our fair city and now it provides the launch pad for our gastronomic dream. After years of commitment and championing our great city, it is great to finally see it coming to fruition and long may it continue. Game on!”

It seems clear that Liverpool is experiencing something of its own cultural renaissance, which is increasingly reflected in the culinary hubs popping up around the city. From the artisan produce of the Baltic Market, to the spectrum of independents lining Bold Street, Liverpool certainly has plenty to offer, catering for even the most well-travelled foodies.

Files: From interview with author and Paul Askew.