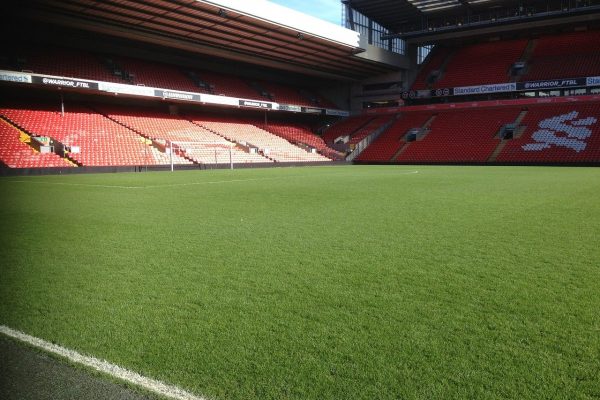 After Liverpool’s dramatic 3-1 over Manchester City on Sunday, Anfield is set to host another huge game this weekend – with the women taking centre stage.

Liverpool FC Women face Everton Women on Sunday 17th November in the season’s first Merseyside derby of either gender, with the Reds looking for their first league win of the season.

The game represents a milestone for the club, as it is the first time that the iconic stadium will play host to ‘the women’s game’, with the added prospect of a large crowd due to the men’s international break. Considering adult tickets are priced at just £5, it could also be seen as a more viable way for students to watch a game at Anfield.

Everyone involved with the club, including the Reds’ manager Vicky Jepson, are understandably ecstatic about the upcoming clash.

“It is always special to represent a club like Liverpool but to do so at our home stadium is a fantastic prospect.”

Jepson admits that the organisers could not have picked a better game for Liverpool FC Women to break their Anfield duck, saying, “it had to be the right fixture at the right time and, for me, there’s no better fixture than a derby.”

The excitement is shared by her Everton Women counterpart Willie Kirk, whose team play their home games at Walton Hall Park in Southport.

“Hopefully we can build on the growing popularity of women’s football, shown by some fantastic attendances at the Etihad, Stamford Bridge and the London Stadium, and put on a show.”

The home team are currently rooted to the bottom of the Women’s Super League, eight points and seven places behind their opponents, and having been knocked out of the League Cup by Aston Villa, the match arguably holds even greater significance and is the ideal chance to get their season up and running. Everton Women themselves are also on a poor run of form, with just one win in five.

Tickets for the match are available here. The match is a 15:00 kick-off.