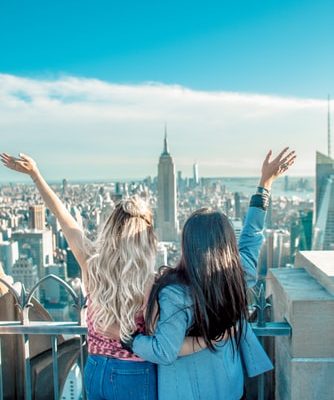 VSCO Girls: It’s 2019, why are we still mocking young girls and the things they enjoy?

I should preface this by saying that I only learnt what a VSCO girl was yesterday, and I’ve already decided I’m an expert, so take from that what you will.

The Urban Dictionary defines a VSCO girl as a girl who “wears oversized t-shirts or sweatshirt with Nike shorts. Has Vans, Crocs, Birks, and wears a shell necklace. She also wears tube tops and Jean shorts. There is always a hydro flask in hand. She can’t leave home without a scrunchie and her favourite car is a jeep.” Other important traits include Kanken backpacks, using metal straws to save the turtles, and using “sksksksks” and/or “and I oop” in everyday life. The term ‘VSCO’ comes from the name of a photo editing app, mainly used for posting pictures on Instagram.

After first learning what a VSCO girl was, I went through three distinct phases of opinion on it:

This lasted around a minute, or until I became aware that I don’t really know many VSCO girls. The entire joke around them felt fairly unrelatable. There are a handful of girls in my friendship group who possess maybe 2/5th of the traits associated with VSCO girls. It should be noted that the trends seem to be more common with Americans, usually aged between 12 and 15, and I don’t hang out with many of them.

After initially finding it entertaining, I moved into the second phase, where the whole idea made me feel slightly uncomfortable. This was first because some of the traits associated with VSCO girls are traits taken by white girls from the LGBT community. Secondly, it was because it felt as though a large group of 13ish-year-old girls had all developed new trends and interests since Justin Bieber and One Direction (which is what people were interested in when I was 13). So, the rest of the world had collectively decided they would mock it and anyone interested in it.

It often feels like there’s no way for girls to win. Anyone who fits the description of a VSCO girl is mocked, called basic, and not taken seriously. Yet, any girls who rebel against these trends are also mocked and said to just be pretending to impress boys or avoid the teasing. When a few girls perfectly fit the description of a VSCO girl, and far more relate to one or two of the characteristics, trying to group them all together seems pointless. To do so purely to make fun of them is just cruel.

This categorising is something that is overwhelmingly focused on young girls, as the world seems perfectly able to understand that other age groups are all full of individuals with their own interests and ideas. Arguably, young girls are more prone to a tribalistic, need-to-like-this-thing-because-it-is-the-cool-thing-to-like mindset. That is a mindset imposed upon them by the rest of society. We force these girls to focus on their looks and care so deeply about what other people think of them. When that pressure forces them to band together so that they can choose what is cool and what isn’t, we become afraid of their power and try to diminish it.

After becoming slightly more incensed than I usually do having a casual stroll through twitter, I entered the third and final phase.

In this phase, I decided I kinda need to chill. The mocking and teasing that 13ish-year-old girls face is undoubtedly unfair, and certainly something that needs to be addressed. However, I should also note that “13ish-year-old girls” should actually read “13ish-year-old straight white girls”. While their trends and interests should not be mocked by virtue of who is interested in them, there are also bigger issues that the feminist movement could be focusing time and resources on.

So I will continue to drink from my hydro flask, my housemate will still carry her Kanken backpack into lectures, and my coursemate will use a metal straw in every bar we go to. We will all do so with very little consideration of the stereotype we are supposedly embodying.