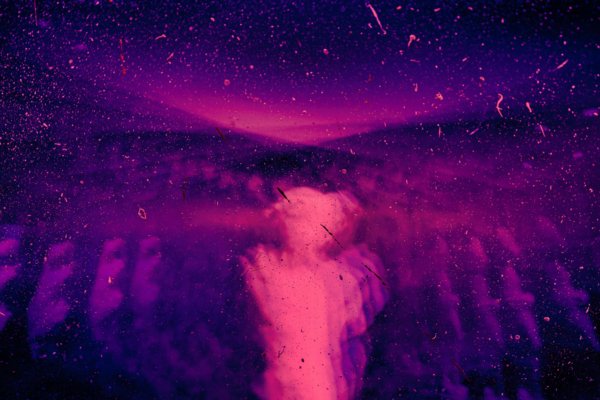 I’ve picked my ten favourite alternative albums of the year, including records from Lana Del Rey, Weyes Blood and not one, but two albums from the amazing indie-folk band, Big Thief.

NFR! is Lana Del Rey’s magnum opus. Lyrically, it is Del Rey at her most poignant. ‘The Greatest’ is arguably the highlight, where she sings of an apocalyptic world, where Life on Mars is a reality, nodding to the fantastic work of David Bowie. What makes this album the masterpiece it is, has to be Jack Antonoff’s influence on Del Rey, seemingly brining out all the potential that she has had for so long. This is truly a remarkable album, and will hold up as one of the best albums of the decade, if not the greatest.

Following the fantastic ‘Front Row Seat to Earth’, ‘Titanic Rising’ is baroque-pop at its finest. The album is supremely produced, letting Natalie Mering shine as the musical star she is. “Movies”, track 7, is a contender for the best of the year, where Mering points to the inherent subjectivity and beauty, as well as the escapism of cinema. “Picture me Better” is the most beautiful song, where she sings in devotion to a former friend who committed suicide. There is so much emotion in this record, which ends up being a very close second to Lana Del Rey for album of the year.

Not only did Big Thief make one brilliant album this year, but they made two amazing albums. ‘Two Hands’ is the bands fourth album, which followed the equally brilliant ‘UFOF’, which also came out earlier this year. A highlight on this record comes in the form of, ‘Those Girls’, which has a transcendent beauty to it, aided by the beautiful voice of Adrianne Lenker. This is a wonderful album from a band at the top of their game.

This lo-fi, indie rock project from Chastity Belt stands out is their best album yet. A highlight on this record is the opening track, ‘Ann’s Jam’, which makes the listener nostalgic for late night summer drives.

Taking inspiration from The Cure and 1990’s dream pop, Hatchie’s debut album is a wonderful piece which would fit well into an all time best of the 1990’s. ‘Obsessed’ has an electric rift which is irresistible, and on ‘Without a Blush’ there are recollections of ones first love.

The National – I am Easy to Find

Matt Berninger and co produce a fantastic effort on this record, veering away into new territory which is exemplified by the female vocals, which are featured on a selection of songs from the album. A shining example of this is the record, ‘So Far So Fast’, where Lucy Haningan beautifully sings with Berninger and produces something which The National have yet done.

Shoegaze is back? Well, on this record one gets that impression. DIIV amplify the brilliance of bands such as My Bloody Valentine and Slowdive and produce a wonderful 10 song piece. The highlight of the album comes in the form of, ‘The Spark’, that features irresistible guitar solos and haunting vocals.

Clairo has come a long way from her bedroom pop past. On ‘Immunity’, she brings to the table much more. A personal highlight is the record “Bags”, which is a fantastic single with some of the best synth waves I have heard in a very long time.

The production of All Mirrors is a musical success. Angel Olsen sounds like she is ready to conquer the world, as if every song was made to be her last. The multifaceted, complex nature of the album makes it a scintillating listen, with a memorable moment coming from the song “Spring”, which is a piano ballad on loneliness within a relationship.

A band that have already featured on this list, Big Thief produced another wonderful album – UFOF. The highlights of this record come with “UFOF”, the title track, and the shoegaze record “Jenni” which sees Big Thief stretch out of their comfort zone with wonderful results.