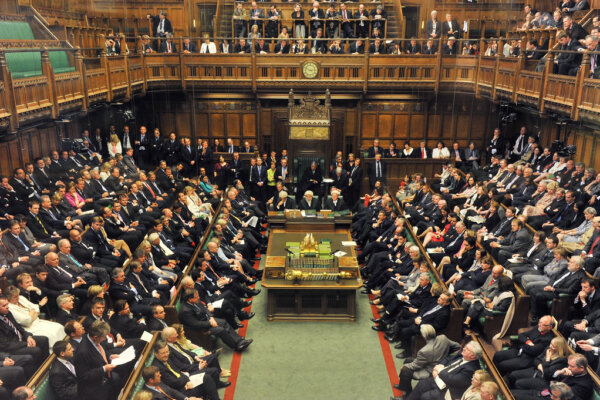 MP Stands For Misogynistic Pigs Where Angela Rayner is Concerned

The Tories’ attack dog of a newspaper is once again snapping its teeth at the women of Parliament. Titled Tories accuse Angela Rayner of Basic Instinct ploy to distract Boris, Daily Mail published an article blaming Boris Johnson’s shoddy leadership on Angela Rayner’s feet and crossed legs. After reading this utter drivel of an article, my basic instinct was to throw this ‘paper’, which amounts to a waste of a dead tree with some ink splashed on it, into the nearest bin.

It’s an open secret that UK newspapers are extremely biased when it comes to reporting the political goings-on in the country. This isn’t even the first instance where they’ve somehow managed to wander off the path of actual important topics and somehow find themselves in a maze of women’s legs. In March 2017 the Daily Mail published an article titled ‘Never Mind Brexit, who won Legs-It?‘, next to an image of Nicola Sturgeon and Theresa May with exposed legs. Can you believe the nerve of these women?! Up to their knees and everything – it was practically indecent! Sense the miasma of sarcasm present here?

If those at Daily Mail are too incompetent to pull their sexist eyes off women’s limbs long enough to write something intelligent, they shouldn’t have a platform to write anything at all.

It occurs to me that our esteemed Prime Minister is on the backfoot and stumbling over his words quite often. It likely has less to do with Rayner’s legs and more to do with how Johnson is a law-breaking, incompetent fool, who was elected based on how funny people find his hair. Boris Johnson has a history of wandering eyes, extra-marital affairs and an unknown amount of children floating around the country. Maybe he was trying to ‘charm to disarm’ Rayner, with his so-called, “blushing under her giddy glare”. After all, his charm (somehow) won him three whole wives. Assuming of course they’re not in it for the chance to redecorate Downing Street in the ugliest way possible.

Maybe it should be mandatory that important Members of Parliament be blindfolded whenever female MPs speak? After all, we wouldn’t want to distract them from organising their next illegal party, let alone essential decisions; like the cost of living crisis, the housing crisis, or children in poverty. Literally anything other than debating what wine and cheese they want at the next party.

Rayner would probably appreciate not having Johnson’s eyes on her while she simply tries to exist and be a woman. Which, as all women and women-identifying people know, is not as simple as it sounds. I believe that when the Tories are attacking your character, it’s because they can’t find fault in your politics. When they resort to someone’s attractiveness to justify how useless their leader is, they know they’re in trouble.

This paragraph will summarise this chaotic and prejudiced accusation. Sexism strikes again. Tories think women’s legs are the source of all its problems – just wait until they see Downing Street’s new lamp. The Daily Mail reckons Angela Rayner is the new Sharon Stone – I think that role belongs to Boris. Ultimately, he is the better actor of the two. How else could he disguise himself as a bumbling idiot, when he knows exactly what he’s doing and why he’s doing it?

Cover image: “41. The House of Commons sits for the first time in the new Parliament, following State Opening“. From UK Parliament, marked with CC BY-NC-ND 2.0.